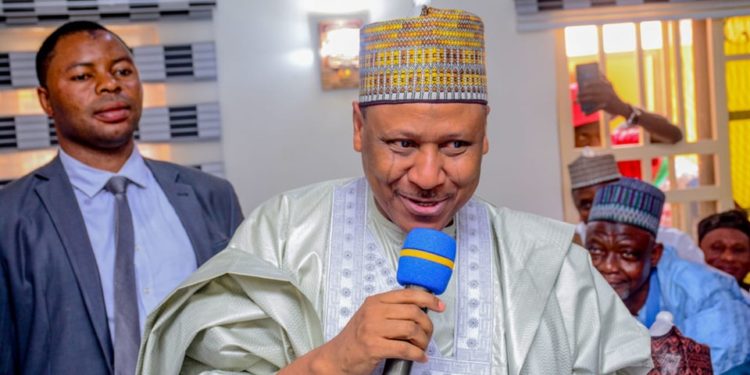 Publisher of Blueprint Newspapers and governorship aspirant in the just concluded APC primaries in Niger State, Alhaji Muhammad Idris Malagi has donated 18-seater bus to the Niger State Council of the Nigeria Union of Journalists (NUJ) as earlier promised.

Making the presentation, the leader of the team, on behalf of Malagi, Barrister Bala Marka, said they were at the IBB Pen House in Minna to present the 18-seater bus to the State Council of NUJ aimed at easing the mobility challenge of members of the council.

He said Muhammad Idris Malagi’s magnanimity stretches beyond victory and loss in an election, stressing that the unfavourable outcome of the primary election conducted in the state has not deterred Malagi from redeeming his promise.

While describing practicing journalists in the council as responsible practitioners, Nmodu stressed the need for politicians to abide by core values of social contract in democracy even in playing politics.

He called on politicians to adopt the right values, attitude, skills and knowledge in their pursuit for power and lauded the kind gesture of Malagi and members of his team.