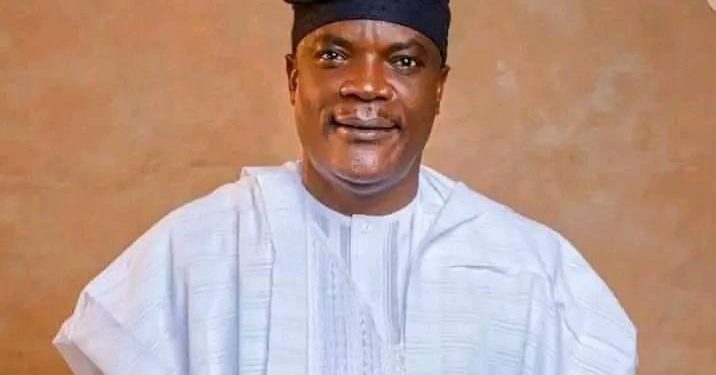 In a brazen and clear case of abuse of all journalism ethics and rules of engagement, the Taraba Truths and Facts newspaper, one of the tabloids operating in Taraba State, in continuation of a campaign of calumny against the personality of Hon. Danjuma Usman Shiddi has once again gone to town with another tale by moonlight from God-knows-where, of the involvement of a campaign vehicle purportedly belonging to him as a tool for gun running.

While ordinarily we wouldn’t have wanted wasting our time replying this malicious publication from TTF as it has become the stock in trade of its publisher but in order not to mislead and hoodwink the right-thinking members of the public, we wish to categorically state that Hon. Danjuma Usman Shiddi, a high ranking member of the National Assembly, chairing the highly important committee on Internal Security of the National Assembly, such member can never be involved in such nefarious act.

We wish to also state that this sponsored news item is a desperate attempt at soiling the ever-rising and towering credentials of the Honourable member whom some politicians who see glaring defeat in their faces are not comfortable with, particularly as it affects the race for Taraba South senatorial district.

In other climes, this irresponsible kind of journalism that is filled with pure malice will never be allowed to go unpunished as critical regulatory bodies like the Nigerian Press Council will be called to wade in to sanction the erring journalist but we are unfortunately in a society of anything goes, that’s why the likes of Ayo and his Taraba Truths and Facts are throwing caution to the wind and violating the basic ethos of this respected profession.

However, we are consoled by the fact that Hon Danjuma Usman Shiddi, a detribalised Nigerian, astute politician, cerebral gentleman, seasoned legislator and a man of integrity and unblemished character will never allow such envy-driven campaign to deter him in his quest to continue delivering the very much needed dividends of democracy for his people.

Consequently, we condemn in totality this injurious publication, the publishing house and its publisher for allowing themselves to be used as a tool for conducting hatchet jobs of this magnitude just to ridicule the image of the Honourable member and we call on Tarabaians to be wary of the antics of Taraba Truths and Facts newspaper as it does not mean well for our people.