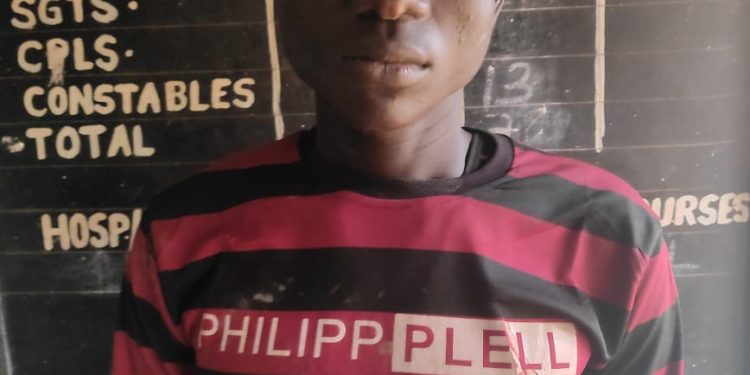 A 27-year-old man, Munkaila Ado, has been arrested for alleged murder of one Safiya Danladi, a 13-year-old girl in Pali community of Alkaleri local government area of Bauchi State.

LEADERSHIP gathered that until her death, Safiya was carrying a four-month-old pregnancy for Munkaila, who was her boyfriend.

LEADERSHIP gathered that Munkaila was hellbent on getting the pregnancy aborted afterwhich Safiya was secretly taken to Gombe State for abortion.

Munkaila later opted to kill his lover after an unsuccessful arrangement to abort the four-month-old pregnancy in the neighbouring Gombe State.

However, a statement by the Bauchi State Police Public Relations Officer (PPRO), SP Ahmed Mohammed Wakil, said: “The suspect (Munkaila) confessed that the missing girl was his girlfriend who was four-month pregnant to the knowledge of her mother but unknown to the father Alhaji Danladi Mohammed.”

The Police spokesperson added that Munkaila conspired with the mother of the 13-year-old girl and another accomplice by name Mu’azu and they “took the victim to Gombe to procure an abortion, thereafter on reaching Gombe the victim was led to one Hajiya Amina Abubakar ‘f’ 50-yr-old house in Jekada Fari behind Specialist Hospital Gombe where the victim was administered with some substances to cause the abortion.”

He said while returning home in Bauchi State, Munkaila and Muazu strangulated Safiya to death. They thereafter burnt the corpse and bury her in a shallow grave.

SP Wakil stated that the duo will be charged to court on two-count charge of criminal conspiracy and culpable homicide as well as violation of human right and dignity of the girl-child.