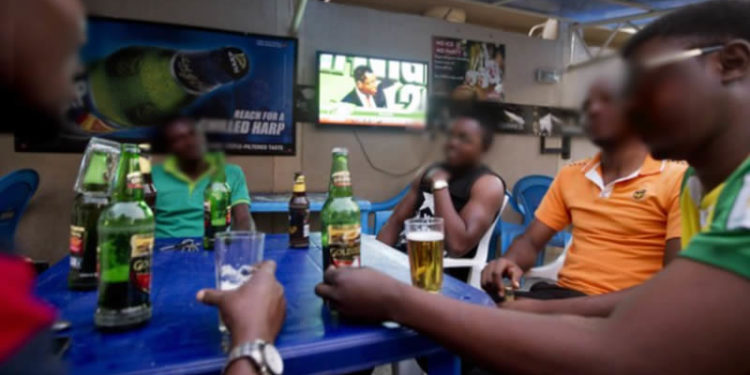 A middle-aged man whose identity is yet to be ascertained was killed in a drinking joint located on Jemeni Street, Abakaliki, Ebonyi State capital.

A source who spoke to LEADERSHIP on condition of anonymity said the incident which occurred at about 7pm created tension and panic within the area.

While confirming the incident, the Ebonyi State Police Commissioner, Aliyu Garba, said the two men were drunk and exchanged argument.

“The incident happened and victim died. The two of them – both the man that killed the man and the one that died, came to the joint together.

“Of course, you should know they were already drunk. The two of them just had little argument in that beer parlour, and one of them took bottle and smashed it on the head of the other person. The incident happened between the two of them.

“The one, whose head was hit with the bottle was rushed to the hospital and he could not survived it.

“By now, I’m sure my men would have arrested the suspect. I’m sure I will be able to give you feedback later”.

The source said that trouble stated when the suspect simply identified as Ayoola who was a food seller at Ekeaba market attempted hitting the deceased with his car which made the deceased to question his action.

He said, “Usually, people do gather at the new joint to eat and drink and that fateful day, the deceased was coming into the joint and the suspect with his car drove so rough that he almost hit the deceased with his car.

“The deceased became furious and questioned why he should drive roughly that he almost hit him, the suspect started raising his voice and threatening the deceased. In fact from all indications, it seemed both of them might have had issues before now or were already drunk.

“People at the joint were trying to calm the suspect down but he continued threatening the deceased, to the amazement of many people, the suspect picked up a bottle and smashed it on the deceased forehead and the young man fell down on the ground.

“A few minutes later, it was realized that the deceased had become motionless and blood gushing out from his mouth and nose. Many of the people there ran away.

The source stated that shortly after the incident, policemen arrived the scene of the incident and arrested the suspect and took the corpse of the deceased away.