In spite of the excruciating business environment, the Nigerian manufacturing sector struggled through the second quarter of 2022 and ended on a positive note, OLUSHOLA BELLO writes.

by Olushola Bello
in Business, Feature
0 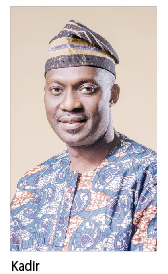 The Nigerian manufacturing sector has sustained improved confidence in the economy despite harsh operating environment.

In the last six quarters beginning from the second quarter of 2021, manufacturers have sustained improved confidence in the economy as index scores remained above the 50 baseline points.

In the second quarter of 2022, the Index of MCCI marginally increased to 54.6 points up from 53.9 points recorded in the first quarter of the year, despite the plethora of challenges including poor access to forex for importation of raw materials not available locally, effect of rising global inflation, aggressive drive for revenue by Government, frequent collapse of the Grid, increase in price of diesel, scarcity of wheat and other manufacturing inputs due to the ongoing war in Europe and wide spread insecurity that combined to limit productive activities in the economy during the quarter.

The afore-mentioned meagre improvement in the index score in the second quarter of 2022 implies that manufacturers’ confidence in the economy slightly improved above what obtained in the preceding quarter. Signifying that manufacturers responded to the economic challenges that prevailed in the quarter with appropriate survival strategies and adjustments including remodeling of production operations, after the marginal slowdown experienced in the first quarter.

This was contained in the MAN CEO’s Confidence Index Report for second quarter (Q2) 2022. It revealed that the Aggregate MCCI score increased to 54.6 points in the Q2 of 2022 from 53.9 points of the first quarter of the year.

The MCCI is a research advocacy publication of the Manufacturers Association of Nigeria (MAN), which measures quarterly changes in the pulse of operators and trends in the manufacturing sector in response to movements in the macro-economy and government policies by using primary data mined through direct survey on over 400 chief executive officers of MAN member-companies.

The index has a baseline score of 50 points and scores above the baseline indicate improvement in manufacturers’ confidence in the economy, while index score less than the baseline suggests deterioration in the operating environment.

MAN stated that, “the effect of the Russian-Ukrainian war clearly underscored the popular maxim that the world has become a global village. The occurrence of an incidence in a part of the world, notwithstanding how specific we may think, can actually become a global issue.

“Therefore, apart from the need for ardent management of global peace, the series of global occurrences and the lessons learnt demand that national governments should begin to take drastic measures to manage these phenomena proactively going forward. Undoubtedly, phenomena such as the China-America trade war, the Asian and Global Financial crises, the challenges thrown up by COVID-19 pandemic and now, the Russian-Ukraine war call for the development of a sustainable national anticipatory policy measures.”

It noted that the Aggregate MCCI score of 54.6 points for the quarter under review, which is above the 50 baseline points by 4.6 points shows that manufacturers still have minimal confidence in the economy, with the expectation of improvement in the operating environment.

According to MAN, the business ambiance in the second quarter was no doubt beset by numerous macroeconomic, regulatory and externally induced challenges, compounded by the lingering backlashes of COVID-19 pandemic and the ongoing Russian-Ukrainian war.

“Clearly, the resultant effects of these challenges continue to manifest in the escalation of global inflation, shortfall in the global supply chain followed by the rise in energy cost, fertilizer and fertilizer inputs, wheat grain, among others. Cumulatively, these challenges interplayed to shape the direction of performance of the manufacturing sector in the second quarter of 2022.”

The Association noted that it is important for the government to intentionally create an anticipatory policy framework that will facilitate automatic stabilization of the economy in the event of domestic or global shocks, while addressing the afore-mentioned familiar operating challenges limiting the performance of the sector.

Speaking on the economy in half year, the chief executive officer of the Centre for the Promotion of Private Enterprise (CPPE), Dr. Muda Yusuf, noted that, the war between Russia and Ukraine, insecurity and scarcity of foreign exchange posed serious challenges to manufacturers during the second quarter of 2022.

Yusuf stated that however, the economy continues to demonstrate resilience amid all of these harsh investment environments.

He noted that many businesses have suffered serious dislocations as a consequence of foreign exchange liquidity challenges, volatility and the depreciation of the currency, saying that these have severely affected businesses across all sectors of the economy as costs of operation and production have gone up from between 30 to100 per cent as a result of the exchange rate crisis.