by Yusuf Babalola
in Feature
0 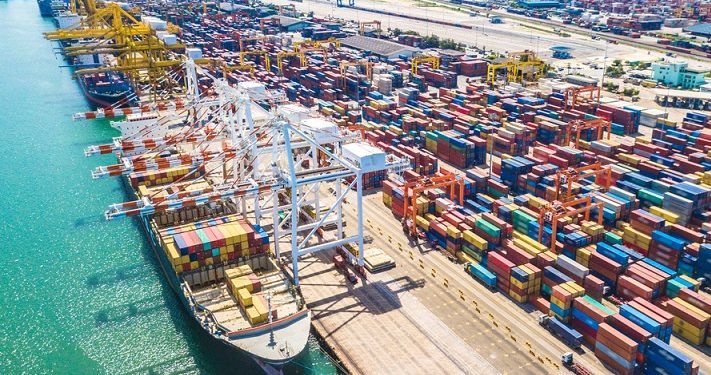 One of the knotty issues that will continue to generate mixed reactions in the maritime industry is the port concession agreement entered into with private terminal operators by the federal government through the Nigerian Ports Authority (NPA), in 2006.

The port concession though, has brought efficiency and effectiveness to the nation’s maritime sector by reducing the cost of doing business, vessels turn around time, as well as, port congestion.

With all the positives recorded, the port concessioning still has some negatives such as poor port development plans by the terminal operators, high cost of cargo evacuation, lack of cargo handling equipment, poor automation of processes, among others.

However, while some stakeholders called for the revocation of the lease agreement, others argued that those whose agreement expired shouldn’t be renewed, but the NPA, had said it will tighten regulatory noose to ensure strict adherence to the concession agreement.
According to the managing director, NPA, Bello-Koko, stated that the authority will tighten it noose against terminal operators operating at the Tin-Can Island and Apapa Port in other to make them take on major responsibilities in port infrastructure development and rehabilitation.
He said with the expiration of concession agreement between the federal government and five terminal operators operating at the ports, the federal government will secure commitment from terminal operators whose lease agreement have expired and others on the rehabilitation of the dilapidated and decayed port infrastructure.

Though, he said the government have extended the lease agreement by another six months, and working on a new agreement on development of key infrastructure and decayed infrastructure.

“You see that there is a conflict and the minister said, incidentally these terminals are in the worse state, what are they going into now is that NPA requested their development plans and we had to go to ICRC to get certification and so on and so forth.

“Though, they have been given temporary extention of six months and the essence is to ensure that the right things are being done here and that we have value for money because today, if we ask people to bid, the new bidders will naturally pay NPA higher than what the current operators are paying and we know that.

“We have said we should meet on the table and let’s reach an agreement that is firm, an agreement that hold them responsible because in the former agreement, before I as MD of NPA or any of my colleagues can go into the terminal, you have to give them 2 weeks notice even if we are going for inspection purposes. We agree that this agreement are due for renewal and that is being worked on and they will be renewed as quickly as possible,” the NPA MD said

However, the Association of Nigerian Licensed Customs Agents (ANLCA), said it is time for the Federal Government to show non-performing operators the exit door and bring in performing individuals.
Speaking on the performance of the terminal operators years after concession, the acting president, ANLCA, Dr. Kayode Farinto, explained that while some terminal operators have achieved commendable strides in enhancing efficient port operations, others have simply not done enough.
According to the ANLCA acting president, “Yes, some terminal operators have improved their port efficiency through acquisition of modern port handling equipment. Port terminals like the Port & Cargo Handling Services (P&CHS), APM Terminals and very few others have brought in new equipments, at one point or the other. While some port terminals have acquired new cargo handling equipment, others have not invested in their terminal.

“Let’s ask ourselves, why were the ports concessioned? The ports were concessioned because the NPA as at that time was unable to provide modern cargo handling equipment.
fifteen years after the port concession, any port terminal that has not been able to add value by bringing in new equipment like RTG’s and others should be shown the exit door and new investors allowed in.

“Any terminal that has not been found to have added value in terms of modern port equipment should be shown the way out. There are many investors out-there waiting to invest massively in our port system.

“Aside P&CHS, I know Ports and Terminal Multiservices Ltd (PTML) and APM Terminal have tried in their respective capacities to bring in new cargo handling equipments. What about Apapa Bulk Terminal Limited (ABTL) and ENL Consortium? Have they been able to meet up with expectations in terms of bringing in new equipment? Equipment is not what is hidden. If they have, we will see them when we go to these port terminals to clear cargoes. Non performing operators should have their agreement terminated.”
On the other hand, the National Association of Government Approved Freight Forwarders (NAGAFF), called for merger of non performing port terminals instead of outright termination of port concession contract is a better solution to the current crisis rocking Nigerian port terminals.
Speaking, former President, NAGAFF, Chief Increase Uche, explained that port terminals like Josepdam Port Services (JPS) and Tincan Island Container Terminal (TICT) should be merged to create more yard space for cargoes instead of the current congestion woes bedeviling many port terminals at the nations’ port.

“For cargoes that have overstayed inside the port terminals, the operator should move such cargoes to bonded terminals. Port operators shouldn’t allow cargoes to overstay in their port terminals. However, port terminal operators have shown over the years that they have failed in managing their container yards effectively. The traffic gridlock on the ports access roads is a spill-over of what is happening inside our port terminals.

“If port terminals like JPS and TICT are merged, there will be more space for cargo business. Same thing should apply between P&CHS and Five Star Logistics. We don’t subscribe to termination of contract of non-performing port terminals, rather, we suggest that there should be mergers.”

President Buhari Off To Rwanda For Commonwealth Meeting