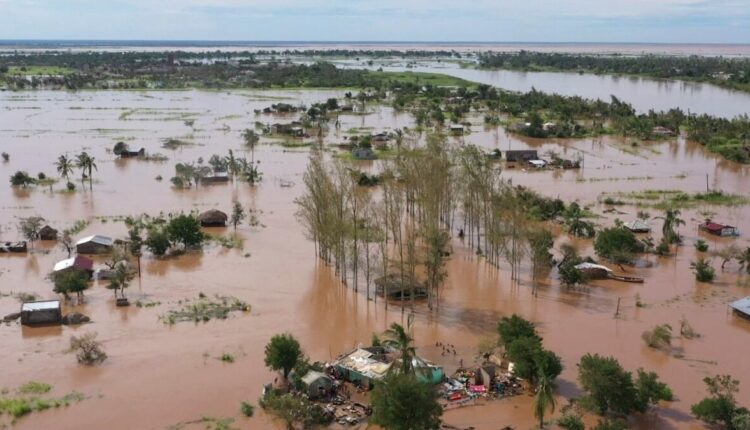 Nigeria, like most countries in Africa and across the globe, is going through the devastating effects of flood. A combination of heavy rains and the impact of climate change that is receiving lip service, make flood control and management a perennial challenge.

However, with each passing year, the impact of the flooding keeps getting worse. And what’s more worrisome is the inadequate attention being paid to it as the years go by. As of September, the raging floods have claimed many lives and properties despite warnings.

The National Emergency Management Agency, (NEMA) on September 19, 2022 warned of massive flooding from Rivers Niger and Benue to 14 states of the country.

Addressing newsmen during an emergency technical meeting on flood situation in Nigeria, the director general of NEMA, Mustapha Habib Ahmed, called on governments of the frontline states to move communities at risk.

He gave information on how intense the flood situation would be by explaining that the Lagdo dam operators in the Republic of Cameroun have commenced the release of excess water from the reservoir by September 14, 2022.

“We are aware that the released water cascades down to Nigeria through River Benue and its tributaries thereby inundating communities that have already been impacted by heavy precipitation.

“The released water complicates the situation further downstream as Nigeria’s inland reservoirs including Kainji, Jebba, and Shiroro are also expected to overflow according to NIHSA.”

Underscoring the severity and urgency of the situation, he urged all stakeholders to, with immediate effect, take early actions and steps in risk and disaster management of predicted states and communities.

But this scenario isn’t strange though we have seen an escalation of the impact of flooding. No fewer than 805 persons have been killed by the phenomenon in different parts of the country between 2017 and 2022, according to media reports and data from Floodlist and the National Emergency Management Agency. Floodlist is a platform that tracks and reports on all the major flood events around the world.

So far, flooding has displaced 1,290,455 persons as their records show. However, according to NEMA, 372 individuals had been killed in flooding in 2022, adding that over 508,000 persons were affected, with 277 injured in the past eight months.

This, without doubt, underscores the escalation of the crisis. Evidently, planet  earth is hurting, no thanks to global warming. Perhaps, if the events of the recent months do not convince naysayers about how ill the planet is, nothing would.

From Pakistan flooding horror to Hurricane Ian that swept through Florida and South Carolina in the United States of America, it is clear that things are not the way they used to be.

Not even Europe has been spared. The recent heat waves that hit the western sphere of the continent was quite instructive to say the least. From London to Spain, various governments were rattled by disastrous heat. Asia has also had its fair share with China experiencing extreme weather emergencies across the country. Described as its worst flooding in decades, houses and cars were submerged in the south, while record-high heat waves were experienced in the northern and central provinces. These escalating freak natural disasters leave deaths and heavy financial burdens in their trail.

For decades, there has been evidence of a hurting planet here in Nigeria. The difference, however, it would seem, is the proactiveness and response time by other governments which save lives and mitigate damage.

It’s a good thing that The National Economic Council (NEC) has swung into action by spelling out some interventions on September 21.

Outcomes of the meeting, after the council received a briefing from the Ministry of Humanitarian Affairs, Disaster Management and Social Development as well as the National Emergency Management Agency (NEMA), are that the council’s response strategy included the operationalisation of the NEMA call center, the identification of equipment and personnel, emergency relief Intervention: Food and Non-food items to impacted communities, and the compilation of records of sudden onset disasters across the country.

Consequently, the states decided to “Implement measures in the National flood emergency preparedness and response plan;

“Equip NEMA, SEMA, and other response agencies with necessary resources for the emergency response to communities and persons affected by flood;

Clearly, these are expected measures wrapped in poor timing as so much damage has already been done. Nevertheless, prompt implementation of these measures could still serve some good.

We, therefore, urge all those who have a critical place in ensuring that boots get on the ground fast enough to ensure lives and property are secured have to act with lightning speed.

There might be the excuse that the lapse in prompt attention to the flooding disaster is due to the distractions of the politics of 2023 elections. But the scenario has being playing out year after year. Which means that politics is not the cause of the laxity in putting adequate measures in place.  This newspaper, therefore, urges  critical stakeholders to attune their minds to the welfare and wellbeing of Nigerians by taking proactive steps to reduce the impact of floods.