by Muh”dZangina Kura
in Cover Stories
0 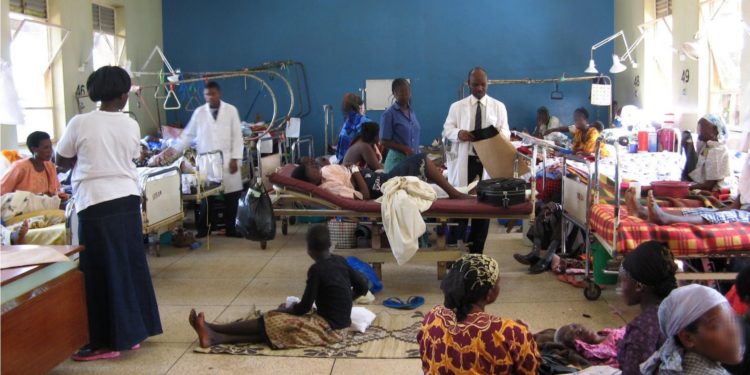 No fewer than 65 persons, mostly children, have died as a result of the Cerebrum Spinal Meningitis (CSM) outbreak in Jigawa State.

The state government confirmed that there were 65 fatalities even as it claimed 280 reported cases of the disease since the outbreak in May.

The cases of Meningitis started surfacing in the state since early May but the situation has worsened.

However, investigations by our correspondent revealed that CSM was ravaging communities in the state.
Findings also revealed that most of the victims were children below age of 11 and the cases were more rampant around Nigeria/Niger Republic border communities.
In most of the affected villages visited by LEADERSHIP, the communities decried the absence of governmental efforts towards controlling the epidemic.

The affected communities also lamented difficulties they encountered in the course of seeking medication for the ravaging disease.
Speaking to our correspondent, the village head of Dungundun, Malam Alkasim Yakubu, said 19 children were confirmed dead as a result of the outbreak in his area.

The village head claimed that the disease started earlier in his community and neighbouring one than the time that was widely reported.
He said, “The problem started around April ending. But the disease continued in last month. The situation worsened some weeks back and as the infection and death rates became high.”

When contacted, the chief epidemiologist in the state Ministry of Health, Malam Samaila Mahmud, while confirming the outbreak of the disease, said 280 cases were reported out of which 65 deaths were officially reported.
Mahmud added that the cases were reported in eight local government areas out of the 27 local government areas of the state and that the government was working in collaboration with other partners to tackle the situation.