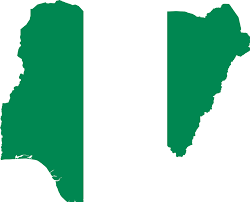 Al-Mustapha contested the presidential primary with Samson Odupitan, following the withdrawal of Felix Osakwe and Tunde Kelani, who pledged their support for Al-Mustapha.
He polled 506 votes to defeat Odupitan, his opponent who got 215 votes.

The chairman of AA, Kenneth Udeza, had while addressing the delegates, said 842 delegates were accredited to elect the four flagbearers using option A4.
But Odupitan insisted that he was contesting the presidential primary to take care of the interest of the masses of the country.

He pledged to address the social, economic, and political crises currently bedeviling the country if elected president.

Similarly, Al-Mustapha told the delegates that his experience as a military officer for 35 years and working with Abacha would enable him to tackle the nation’s embarrassing security challenges.

He said, “I’m a humble person and I have what it takes to contain the insecurity ravaging the country. I am a Nigerian who believes in the unity of the country. I remain patriotic despite the humiliation I had suffered in my 35 years of service.

“The unity of Nigeria is not negotiable and the Action Alliance had the structures to unite the country, being the party for the masses, with members across the country.”

In Abeokuta, the Ogun State capital, Kachikwu on Wednesday night, emerged the presidential flagbearer of the ADC for the 2023 general election.

Kachikwu, who is the founder and chairman of Roots Television Nigeria polled 978 votes to defeat the former deputy governor of the Central Bank of Nigeria (CBN), Kingsley Moghalu who managed to poll a total of 589 votes in the keenly contested presidential primary election which drew 2, 040 total delegates to the Olusegun Obasanjo Presidential Library (OOPL), Abeokuta, the Ogun State capital.
Another strong contender in the presidential primary election included Dr Chukwuka Monye, who also polled a total of 339 votes in the exercise which paraded 10 aspirants.

Other aspirants include Dr Mani Ibrahim, Joyce Ogochukwu Nsaka, Dr Chike Okogwu, Lady Angela Johnson, Princess Chichi Ojei, Dr Muhammed Lamido, Bishop Ify-George Oforkansi, Dr Favour Ayodele, Evang. Ebiti Ndok Jegede and others.
In his acceptance speech, Kachikwu promised to run an all-inclusive government, and attract the best brains in various spheres of human endeavours to make the country great again.
He identified 20 areas he would make substantial difference in the lives of Nigerians and the country if elected.
The Delta State-born politician, who said he was on a ‘’rescue mission’’ to savage what the All Progressives Congress, APC, had destroyed in the last seven years, promised to initiate wide-ranging public service reforms to eradicate corruption and win the war against terrorism.

The Convention Committee chairman, Major-General Ekundayo Opaleye (rtd) who announced the result, enjoined all other aspirants to work in harmony with the elected candidate.
The Allied People’s Movement (APM) has also elected its national chairman Dantalle as its presidential candidate for the 2023 general election.
Dantalle who was the sole presidential candidate of the party was overwhelmingly elected by delegates in the presidential primary held at the party’s national secretariat, Abuja on Wednesday 8th June 2022.
According to a statement by the national secretary, APM Oyedeyi Ayodele Adebayo, Yusuf Dantalle will now contest the 2023 presidential election with Bola Tinubu (APC), Atiku Abubakar (PDP), Peter Obi (Labour Party) and Chekwas Okorie (APGA) among others.

Meanwhile, Sahara Reporters publisher, Omoyele Sowore has emerged as the presidential candidate of the African Action Congress (AAC) unchallenged for the 2023 presidential election.
Before the party’s convention commenced, Sowore stepped down from his position as chairman of the party he played a key role in founding.
Sowore was affirmed as the party’s presidential candidate at the AAC convention that took place in the Federal Capital Territory (FCT) yesterday.
Last week, the court of appeal in Abuja affirmed him as the substantive chairman of the AAC.
In May 2019, the AAC reportedly suspended Sowore, who was the presidential candidate of the party in the 2019 elections, as well as Malcolm Fabiyi, who was deputy national chairman.