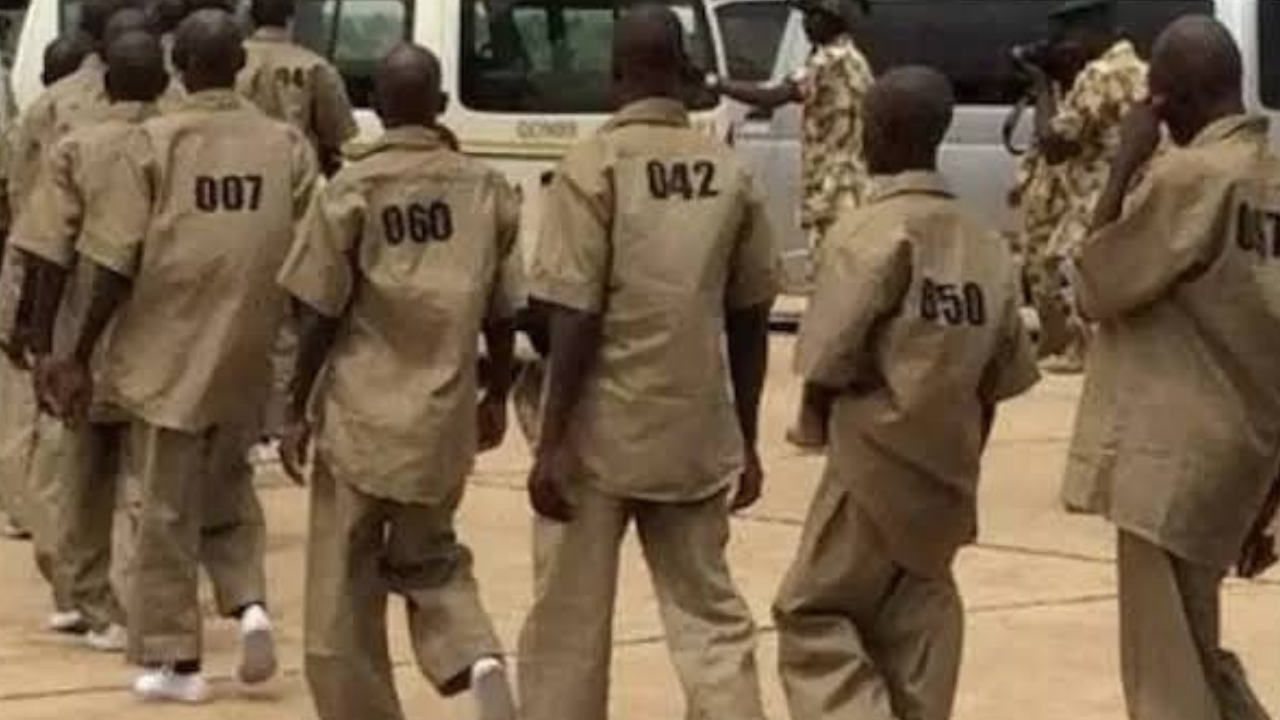 The Nigerian Military authorities said they have concluded arrangements to prosecute over 886 radical fighters of the Boko Haram terrorist group as the counter-insurgency war has continued to yield very positive results in its renewed operations to wipe out terrorism in the country.

This is just as another 323 terrorists, who willingly gave up their arms to embrace peace, were undergoing the Federal Government’s programme on De-Radicalization, Demobilization and Rehabilitation (DDR) in Gombe State.

Theatre Commander, North-East Joint Operation, HADIN KAI, Major General Christopher Musa, who made this known on Tuesday in Maiduguri, Borno State, said over 82,237 terrorists and their family members have so far surrendered to troops in various locations in the North-East since July 2021.

Gen. Musa, who described the 886 detained Boko Haram terrorists as “hardened”, said arrangements have been concluded to transfer them to Giwa Project at Kainji in Niger State, for prosecution.

He also said a total 180 out of the 276 kidnapped Chibok school irls in 2014, have been rescued while 96 of the girls were still unaccounted for, adding that soldiers have so far rescued 2,018 abducted persons, comprising 339 adult males, 660 adult females and 1,019 children in the last one the year.

The Theater Commander spoke through the Acting Theater Intelligence Coordinator, Colonel Obinna Azuike, while briefing journalists on the successes so far recorded in the ongoing counter insurgency operations in the North-East.

He said said a total of 1,893, terrorists were being detained at the the Giwa Centre.

He said so far, over 2,018 abducted persons, comprising 339 adult males, 660 adult females and 1,019 children have been rescued by troops in the last one the year.

He said, “Information obtained from detailed debriefings of the surrendered terrorists are being continually factored into the operations of the theatre. Such debriefings are routinely undertaken as more fighters continue to surrender in their numbers.

“Also, the commencement of a comprehensive Disarmament, De-radicalization, Rehabilitation and Reintegration programme by the Borno State government, in conjunction with International Organizations and Op Safe Corridor, will positively encourage the surrender of more persons and will be a catalyst to the ongoing peace process.”

Giving an update on the number of the kidnapped schoolgirls from Government Secondary School Chibok, he said: “Troops of OPHK have within this year alone, rescued 11 of the abducted 2014 GGSS Chibok girls. The first of the girls, Hauwa Joseph, was intercepted along with her child at Ngazua in Bama on June 12, 20 22 by troops of OPHK.

“Secondly, Miss Mary Dauda was rescued along with her child at Gava in Gwoza LGA of Borno State on June 14, 2022, by own troops.

“Similarly, on June 27, 20 22, the third Chibok girl, named Ruth Bitrus, and her child escaped from Ukuba BHT camp in Sambisa and was rescued by own troops in Bama.”

“Also, the sixth Chibok girl, named Aisha Grema (pregnant) with her 4 year-old child, was rescued by troops in Bama on August 12, 20 22. Aisha Grema hails from Mbalala village in Chibok LGA.

“The seventh Chibok girl to be rescued this year was Falmata Lawal and her child who was rescued by own troops in Bama general area on August 30, 2022. Miss Falmata Lawal hails from Chigi village in Chibok LGA.

“On September 1, 2022, troops also rescued Miss Asabe Ali and her child who escaped from a BHT camp in Gazuwa, Bama LGSA.

“Also, the ninth Chibok girl rescued was Miss Jinkai Yama along with three of her children in Bama on September 2, 2022.

“Additionally, Miss Yana Pogu was the tenth girl rescued along with her four children, while Miss Rejoice Senki was rescued with her two children.

“The rescued girls were handed over to the Borno State government after comprehensive medical examination and initial provision of psycho-social support from the Theatre.

“This brings to a total 180 Chibok girls out of captivity, remaining 96 girls still unaccounted for. At present, over 2,018 persons, comprising 339 adult males, 660 adult females and 1,019 children have been rescued from terrorists’ captivity within the year.

”The Theatre Command OPHK will continue in its quest to rescue other persons held in captivity.

“Additionally, the centre is currently partnering with the Lake Chad Basin Support Programme to establish a database for the preservation of battlefield evidence, forensic investigations, and capacity building for personnel.

“This would address the inherent challenges associated with the prosecution of suspected terrorists. Also, the centre has introduced basic education and skill acquisition programmes for minors and adult detainees in a bid to keep them engaged, useful and valued.

“Physical training exercises and the ability to re-establish and restore family links with their loved ones is also being conducted in the centre, in conjunction with the International Committee of the Red Cross, ICRC.

“These developments have yielded very positive results among the suspects and equally attracted commendations from other partnering organizations.”

“Nevertheless, the situation has since been brought under control, with efforts from the State Ministry of Health and several NGOs in the state.”