Mmobuosi Hailed Over Initiative To Tackle Prostate Cancer In Nigeria 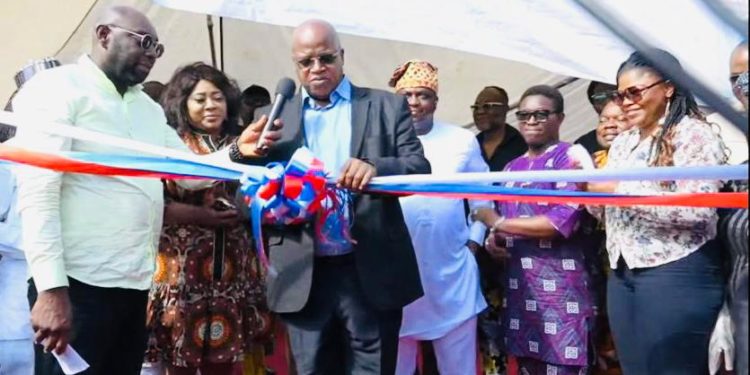 Medical experts and prospective beneficiaries have commended a new initiative by the Dozy Mmobuosi Foundation aimed at tackling cancer in Nigeria as the not-for-profit organisation unveiled a free mobile prostate cancer screening service in Lagos.

Coming under the endorsement of the Nigerian Medical Association (NMA) and Rotary Club, over 37 buses with advanced screening equipment provided by the Foundation will be rolled out in the coming weeks. 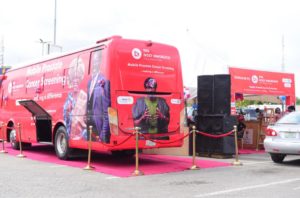 The founder of the Foundation, Dozy Mmobuosi, said the project, which has over 100 medical practitioners lined up currently, with an expected 4,000 medical professional volunteers set to join, said early detection of cancer was one of the best measures to prevent prostate cancer.

“Through the rollout of these buses I hope to see prostate cancer rates in men decrease across the board, and I urge all men, specifically those aged 45 and over, to go for a free prostate cancer screening on these state-of-the-art buses,” he said.

Reacting to the need for the initiative, he disclosed that he almost lost his father to the disease, adding that with growing poverty and unemployment in the country, taking the burden of screening off most men would drastically reduce the disease.

“The reason I’m launching mobile screening clinics across Nigeria is because I almost lost my father to prostate, my family is fortunate to have the resources to deal with his. But I know millions of men across Nigeria do not have access to this,” Mmobuosi said.

According to him, the project was designed specifically to reach as many people as possible across the country regardless of their geography.

Further commenting on the initiative, Mmobuosi said: “Research shows that one-third of prostate cancer cases can be prevented and another third cured altogether if detected through early screening practices like we are offering free of charge. Embarking on such a mission like this is essential in our fight against the awful disease.”

With Mmobuosi’s plan expected to gulped $10million, men, who are constrained by resources for regular screening will now have at their door steps a mobile screening service that provide them sustainable information regarding their health.

In a country with high unemployment and poverty rate, the intervention was coming after the founder of the Foundation assisted his father to overcome prostate cancer.

Prostate cancer is both the most common and most deadly cancer in men with West African countries like Nigeria accounting for the fifth highest risk for prostate cancer mortality in the world.

While there has been less attention on prostate cancer, the Dozy Mmobuosi Foundation in Lagos kicked off a country-wide free Mobile Prostate Cancer Screening Service aimed at building mobile screening infrastructure, especially luxury buses across the nation’s 36 states and the Federal Capital Territory to tackle the disease.

Alabi decried the growing rate of prostate cancers in Nigeria, saying that the disease remained a critical health burden in the country.

He noted that detecting the disease early would lead to cure, stressing that the initiative on the free mobile screening by the foundation remained critical and must be commended.

The Lagos chairman of NMA, Dr. Tajudeen Mobolaji Salau, who said cancer cases remained worrisome in the country, noted that the NMA would provide necessary support to ensure that the initiative is successful and sustained.

“This is commendable. They have requested for our support and given how critical this is we will support it. This is in line with our own initiative which is see to the growth of healthcare as well as the welfare of the people of the nation. This is a welcome idea,” Salau said.

He noted that with the growing poverty in Nigeria, most people who are still struggling with livelihood may not have access to the screening except they access to free screening.

Sanni noted that while emphasis has been around other types of cancers, very little is being done in the area of prostate cancer in men, who happen to be the bread winner of the family.

“Prostate cancer in Nigeria is one of the leading cause of cancer death and we want to tackle that,” he said.

7 Incredible Health Benefits Of Strawberries And Why You Should Eat More... Click Here For Details
Tags: Cancer
SendShareTweetShare
Previous Post

CAN Condemns Unprovoked Killings Of Christians In Ondo