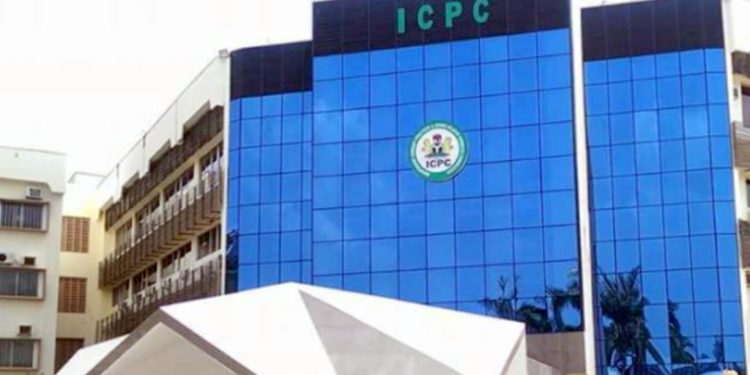 The Independent Corrupt Practices and other related offences Commission (ICPC) has arrested a Supreme Court contractor, Temitope Banjoko, over allegations of money laundering and contract scam.

The ICPC sources, who confirmed the arrest and detention of Banjoko, the managing director of Asbat Construction Limited, to LEADERSHIP via phone, said the construction company was allegedly awarded a contract worth N46,305,000 (N41,674,500 after tax deductions) for the demolition and evacuation of debris of four houses at the Justices’ residences in Maitama, Abuja, in 2017.

However, the sources said the contract was not executed but the full sum was disbursed to Asbat Construction Limited, which led to ICPC investigation.

The sources also confirmed that during interrogation and in his statement, the contractor claimed to have utilised the money for something else and expressed regrets that some funds he was expecting were not forthcoming, which is against the law.

However, the owner of the company, Banjoko was said to have made a commitment to repay the money after the ICPC began probing the matter, but out of the contract sum, the contractor had only been able to repay the sum of N5million, leaving a net balance of N36,674,500.

The sources said investigations carried out by the ICPC revealed that some of the houses earmarked for demolition have been renovated and are now occupied by new judges. This indicates that the houses were not intended to be demolished but to take money out of the system.

The ICPC is also expected to charge the contractor to court in the coming days.

7 Incredible Health Benefits Of Strawberries And Why You Should Eat More... Click Here For Details
Tags: ICPC
SendShareTweetShare
Previous Post