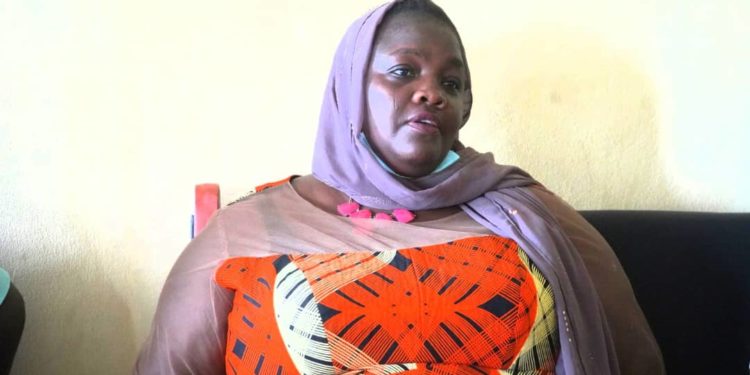 The Independent Corrupt Practices and other related offences Commission (ICPC), has arraigned a business woman, Ramat Mercy Mba, who was impersonating the late chief of staff to President Muhammadu Buhari, Abba Kyari, for allegedly defrauding job seekers of N4.5 million.

The ICPC, in a five-count charge, accused Mba of demanding and receiving N2million from one Chimezie Akpata Terry and another N1.5million from one Susan Jumai Daniel, in exchange for non-existing employments into government agencies, contrary to Section 13 of the Corrupt Practices and Other Related Offences Act, 2000 and punishable under Section 68 of the same Act.

Counsel to ICPC, Mashkur Salisu, told the court that Mba committed the offence sometime in 2020 when she collected N4.5 million from several job seekers promising to secure jobs for them with ICPC and National Air Space Research and Development Agency (NASRDA).

ICPC spokesperson, Azuka Ogugua, said Mba, who was docked before Justice Ibrahim Mohammed of the Federal Capital Territory (FCT) High Court, Gwagwalada, was also accused of impersonating the late Chief of Staff to the President, Abba Kyari, with the intent to procure employments into the service of ICPC for two unsuspecting job seekers.

The court further heard how the defendant fraudulently forged the signature of the late Kyari, with which she sent letter to the ICPC chairman, requesting that the duo of Chimezie Akpata and Ismail Adewole Oladipopo be employed into the service of the Commission.

The late chief of staff, however, distanced himself from the request prior to his death in 2020 as revealed by ICPC counsel.

Counsel to the defendant, Alozie Chigozie, moved the bail application for the accused, praying the court to grant her bail on liberal terms.

Salisu, who did not oppose the bail application, however prayed the court to admit the accused to bail on reasonable terms that would ensure her attendance in court for trial.

Justice Mohammed, thereafter, admitted her to bail in the sum of N10 million with one surety who must be an assistant director in the federal service and resident within the FCT.

The case has been adjourned to September 22, 2022 for definite hearing.