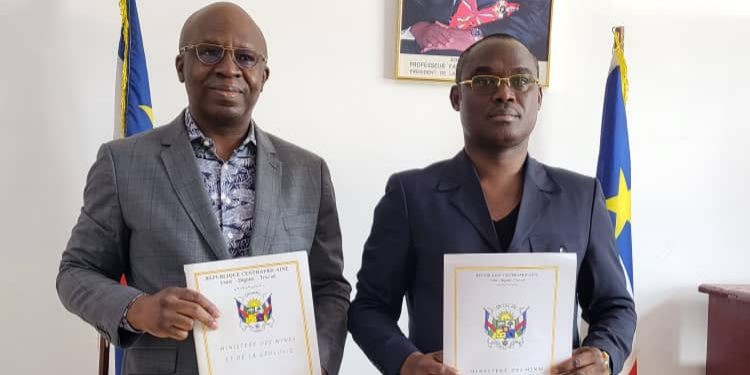 The need to take responsibility to conserve natural resources and protect the ecosystems with the view to supporting the health and wellbeing of communities in the Central African Republic has been identified as the panacea to environmental sustainability and economic growth for the future.

Chairman/CEO Montage Afrique, Ogochukwu Ezeaku who gave the remarks in Bangui at the signing of a Memorandum of Understanding between his Group and the Central African authorities as a prelude to the commencement of mining activities in the country said the country’s vast human and natural resources needed to be responsibly harnessed to create wealth for the citizens and place the country on the global economic map.

He assured that Montage Afrique when granted the license to operate will deploy modern technologies that would reduce to the barest minimum, environmental degradation while taking into cognizance its Corporate Social Responsibility by providing the basic amenities to host communities.

In his remarks, the Minister of Mines and Geology, Rufin Benam Beltoungou while welcoming the team said, since the return of peace to the country, the administration of Prof Faustin Touadera is determined to open up the country for foreign investments, with the view to developing the country economically and create jobs for its teeming youths.

Mr. Beltoungou noted that the Central African people are very accommodating and are ready to open all avenues to do business responsibly so long as it is a venture that is mutually beneficial to both countries.

He further urged the group to be strong, resolute, and abide by the rules.

Montage Afrique is an international conglomerate chain with a presence in South Africa, the United Kingdom, Sierra Leone, Liberia, Nigeria, and now the Central African Republic.