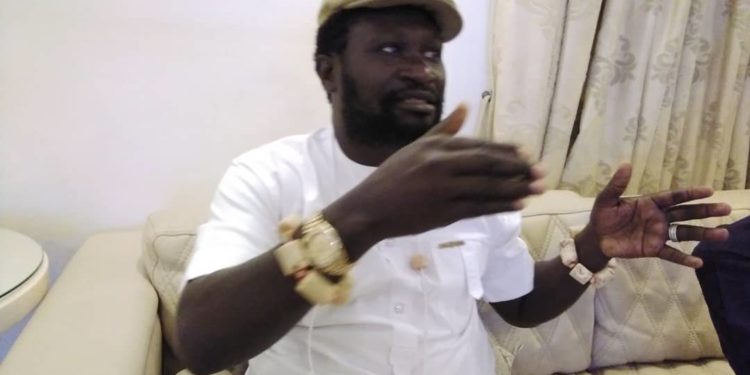 Amid mounting opposition against the Muslim-Muslim ticket of the All Progressives Congress (APC), a chieftain of the party in Delta State, Chief Ariyi Emami, has implored Nigerians to look beyond religious sentiment and focus on the bigger picture which would require competence to engender good governance in the country.

Addressing journalists in Abuja at the weekend, Emami stated this against the backdrop of the gale of defections in APC in which some notable chieftains of the party, particularly in the South South geopolitical zone have since announced resignation from the party on grounds of the single faith presidential ticket adopted by the party.

There had been a series of protests against the joint ticket of the APC presidential candidate, Bola Ahmed Tinubu and former Borno State governor, Senator Kashim Shettima, who are both Muslims from the Southwestern and Northeastern part of the country, respectively.

But Emami moved in defence of Tinubu, saying the APC standard bearer consulted widely before picking Shettima as his running mate.

The APC chieftain and business mogul specifically urged Nigerians to be blind to religious affiliation and give priority to the character of the individuals seeking elective offices.

He noted that there is little to show in terms of good governance and development in states where both the governor and his deputy are Christians, noting that It is not all about Muslim-Muslim ticket or Christian-Christian ticket, but the ability to deliver the dividends of democracy.

Emami stated: “Some of us even supported the candidacy of Shettima. We advised Asiwaju to go and look for good person that will give you support, whether Muslim or anything. Religion has not brought anything to our table. For example, Niger Delta Development Commission is an agency that is supposed to be taking care of the Niger Delta and so much money has come into the NDDC but the people monitoring those affairs are all Christians, not Muslim.

“Go and see whether you will see any development. Governors running the region are all Christians. So, if Asiwaju has a partner that will make him succeed, will give us protection, good roads, good schools, I don’t care because not everybody is a Christian. How many people are even Christians in the South South? This Christianity of a thing, if a man wakes up in the morning and he doesn’t even love his neighbour and he goes up to the pulpit to preach. I know a lot of them who don’t have the fear of God because things they do are not what is being written in the Bible.

“For example, you arranged for us to go and rig an election, you rig the election and you go and do thanksgiving. I won’t come to Church that day because it means you don’t have the fear of God. So, whatever that can work for us, that is what we need at this time and Shettima is going to be a very good pair with Asiwaju. I know some people who are Christians, who will donate huge money to the church, build schools but members of their Church cannot attend the schools. In my house, my wife is a Deaconess. I tell her, ‘look, if Asiwaju picks a Muslim that is who we are going to vote for.

“I have very little and I am very grateful to God. I share the little I have with people but those that are preaching are not doing so. When it comes to politics, they are complaining of Muslim-Muslim ticket. To some of us, majority of people that are going to vote don’t understand what they are saying about Muslim-Muslim ticket. What we are saying at the moment is Asiwaju for transformation.

“We are not seeing the religious aspect of it. The vice president is a Christian under the Buhari administration. What is the difference? Some Christians, because of politics, will go to the North to go and turban. If you know you forbid something so much, don’t even go to their palace for turbanning. Why are you going there; don’t you know it is a different faith?”

On media reports that APC chieftains of the party from South East and South South boycotted Senator Shettima’s unveiling to express their disaffection, Emami dismissed the claim as unfounded.

According to him, most people who stayed away from the unveiling of the APC vice presidential candidate did so because they thought having been presented to President Muhammadu Buhari, the ceremony of the formal unveiling of Senator Shettima was no longer necessary.

“Even I myself was not there because to us, Shettima had been unveiled before now by Asiwaju himself. So, I was sleeping at home that day when they called me. What did I need to go and do there? So, I don’t see any political undertone in that.

“We have been told that it is Shettima and we have been talking. Everybody has congratulated him and is working towards Shettima. The unveiling was just a ceremonial thing. I assumed other leaders not in attendance were very tired and couldn’t attend. So, it is not an issue for me,” Emami added.