My Wife’s Burial Will Expose Infrastructure Decay In Abia – Wabara 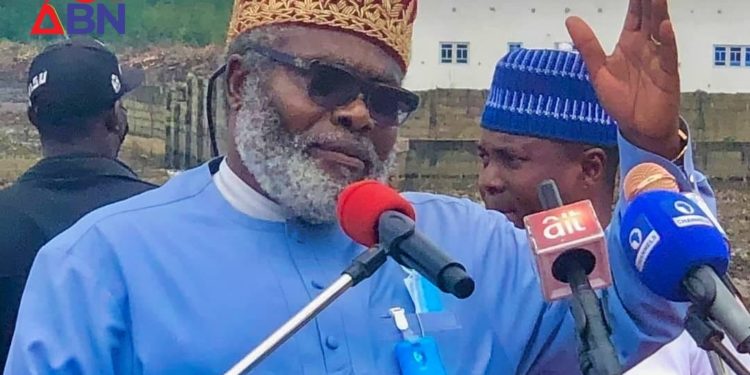 A former Senate president, Dr Adolphus Wabara has said that the burial ceremony of his late wife will expose the level of infrastructure decay in Abia State to the expected guests from both within and outside the country.

Wabara spoke when the state 2023 All Progressives Congress (APC) governorship candidate, High Chief Ikechi Emenike paid him a condolence visit over the death of the wife at his Ohambele Ndoki home in Ukwa East local government area of the state.

He regretted that despite pleas from different stakeholders of the state over the situation especially the roads, successive administrations are yet to find lasting solutions to the challenge as the roads are deteriorating daily.

Wondering how Emenike and his large entourage were able to navigate their way through the ponds on the road, he urged all hands to be on deck to prevail on the government to address the problem with the required urgency.

He said the area and its neighbour, Ukwa West as the oil-producing areas of the state, were yet to benefit from the status as expected, even as they are being environmentally degraded and polluted due to oil and gas exploration.

The former Senate president, who commended Emenike for “leading such quality and intimidating encourage to come to console me at this sad moment in my life,” described the gesture as a mark of selfless leadership.

Associating himself on personal level with Emenike’s agenda for the state if elected into the office, Wabara announced that he would soon withdraw from partisan politics to assume the role of a leader of the state.

LEADERSHIP reports that the senator has been unrelenting in pointing out areas of failures by the government mostly on roads and political equation in the spirit of the state charter of equity.

Earlier, Emenike sympathised with the senator, his immediate family, the area, and the state, describing the demise of Mrs Felicia Wabara as a huge irreplaceable loss to the South East and the Igbo race in general.

After signing the condolence register for the late Mrs Wabara, he addressed the area’s party stakeholders at the residence of Rev Felix Akara, saying his shoulders are strong enough to carry the state’s burdens if elected.

He assured that his administration will not only fix the infrastructure and build new ones, but will also create institutions to sustain them, and provide gainful employments and business opportunities for all.