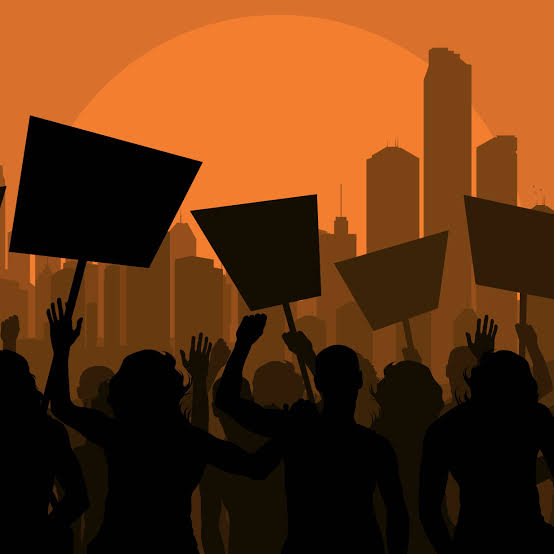 Beneficiaries of the N-Power Scheme under the Social Investment Programme (SIP) of the federal government in Bauchi State yesterday held a peaceful protest over the non-disbursement of funds promised to them to start their businesses.

The national president of the N-Power Beneficiaries, Bashir Usman Gobir, told journalists during the protest that the federal government should fulfil its promise to them through the Federal Ministry of Humanitarian Affairs Disaster Management and Social Development in conjunction with the Central Bank of Nigeria in March this year when they organised an entrepreneurship training for the beneficiaries.

He said they were directed to indicate their business plans with a promise of funds disbursement to enable them become self-reliant.

Gobir said, “We, the 500, 000 beneficiaries under Batches A and B of the programme enlisted in 2016 and 2017 respectively by the Ministry of Humanitarian Affairs should be provided with the promised funds to start our individually chosen businesses so as to become self-reliance, and eventually employers of labour as envisioned by the government.”

He recalled that prior to the 2019 general elections when the SIP programme was under the supervision of the office of Vice President then headed by an officer Mr. Afolabi, the N-Power beneficiaries were told that their PVCs would be sureties for giving them permanent appointments into the civil services of the federal government after the successful voting of the administration for a second term tenure.

Gobir said however that along the way after the elections sometimes in March 2020, an entrepreneurship training was organised for them by the Ministry for Humanitarian Affairs in collaboration with the Central Bank of Nigeria during which period they were promised funds disbursement to individually kick-start their differently chosen businesses in which to fend for a living.

“It was during that period we were promised that some of us would be blessed with permanent appointments into the services of the federal government while others would be opportune to be disbursed some funds to establish their own businesses to not only become self-reliant, but also employers of labour”, Gobir stated.

He said based on the arrangement, a portal was opened for them to put in their details through which they would be adjudged for either permanent appointment into the services of the government or funds disbursement to establish a business for self-reliance.

Gobir, who is based in Sokoto, said they deliberately decided to stage a peaceful demonstration in Bauchi marital home of the minister, Hajiya Sadiya Umar Farouk, as against her Abuja working place in the thinking that the message would efficiently and effectively impact on her and collaboratively the CBN to take prompt action, and transact over the issue once and for all.

The national leader of the N-Power Beneficiaries also disclosed that sometime in March this year, a four-day training on various skills was organised for 300 000 participants who after were issued certificates, and PDFs in respect of their individual local governments.

He said, “Out of the figured trained, a number of 8,900 were listed for payments, but only a fraction of them were paid the sum of N150, 000 for three consecutive months thus totalling N450, 000 for each of the selected number, and ever since none of the N-Power beneficiaries was paid a single kobo”.

Gobir therefore appealed to the federal government to as a matter of urgency provide the necessary funds the programme promised each and every N-Power beneficiary whether or not skilfully trained to establish own business for livelihood.