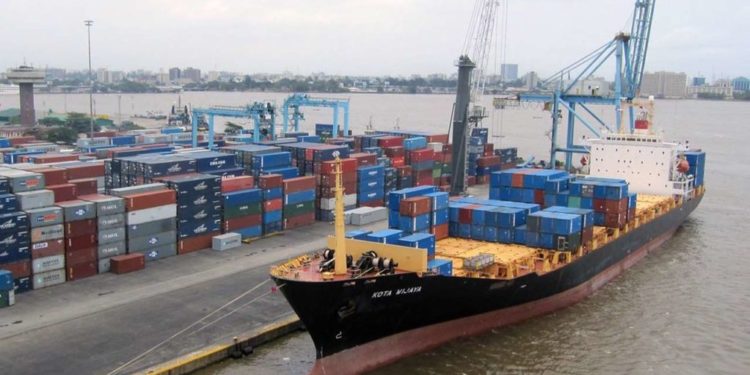 Nigeria is set to end the N1.08 trillion annual revenue loss to absence of National Single Window Platform (NSWP), at the nation’s seaports as maritime agencies under the ministry of Transportation, over the weekend, resolved to focus on actualising the Single Window regime in the nation’s transportation sector. LEADERSHIP had reported that lack of National Single Window platform in Nigeria Seaports is costing Nigeria economy a whopping N1.08 trillion in Customs revenue annually.

The single-window system is a trade facilitation idea. As such, the implementation of a single window system enables international traders to submit regulatory documents at a single location and or single entity.
According to the Economic Recovery and Growth Plan (ERGP) of the federal government, the Nigeria Customs Service (NCS) collections would have increased by 90 per cent if the National Single Window has been deployed to the Nigerian ports.

However, to end the loss, federal government agencies under the Federal Ministry of Transportation (FMOT), reached an agreement to digitalise their internal processes and also maintaining focus on actualizing NSW regime.
The registrar of the Council for the Regulation of Freight Forwarding in Nigeria (CRFFN), Barrister Sam Nwakohu, disclosed that, full automation of the internal processes of the various agencies represented, is a pre-requisite to achieving the much anticipated National Single Window regime in the sector.

Nwakohu, who was the chairman of the meeting, said the Chief Executive Officers (CEOs) of the various agencies have agreed on timelines to achieve full automation of internal processes. “We have agreed that all Agencies under the Ministry of Transportation should as a matter of priority, attain full automation. This process will be well coordinated and we also gave ourselves timelines to achieve this,” he said.
On his part, the director general of the Nigerian Maritime Administration and Safety Agency (NIMASA), Dr. Bashir Jamoh said, NIMASA automation processes have reached over 80 per cent.

Jamoh also gave the assurance that NIMASA’s commitment to automation is to reduce human interface, while also plugging revenue leakages in the system.
“In line with the federal government’s executive order on Ease of Doing Business, we are committed to full automation to attain reduction of human interface in majority of our transactions with our stakeholders and this is in our bid to ensure transparency and professionalism which the sector requires to grow. The goal is to align with the National Single Window initiative, when all the internal processes of the various Agencies have been concluded,” he said.

Commenting on the high freight rate occasioned by the War Risk Insurance placed on Nigerian bound vessels, the NIMASA DG stated that, the agency would focus on creating the awareness, while also canvassing the international community for a review. This move is in relation to the removal of Nigeria from the global piracy list.
“It may interest you to know that by the end of this quarter, which is the end of June, we would have recorded another milestone as we are yet to record a single attack or incident of maritime insecurity on our waters. Therefore, we will keep advocating for the total removal of War Risk Insurance by the international community, so that Nigerians can benefit from that,” Jamoh stated.

Recall that the maiden edition of the meeting was in 2020, with the aim of enhancing synergy and cooperation of parastatals under the supervision of the FMOT, which is intended for a more effective and efficient maritime sector.