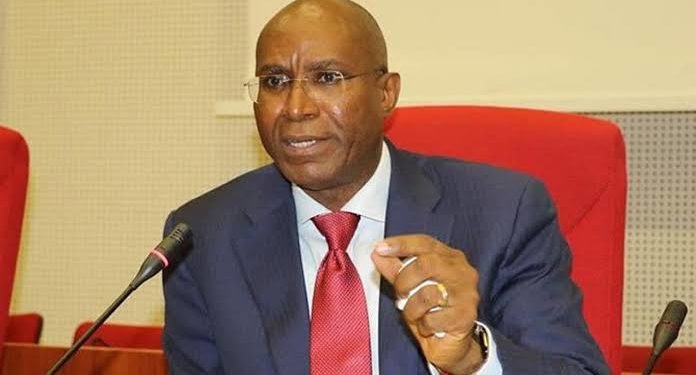 Delta State government has described the deputy senate president and governorship candidate of the All Progressives Congress (APC) in the 2023 election, Ovie Omo-Agege, as chasing shadow over allegations that the Ifeanyi Okowa administration wasted N700 billion.

The state government said such bogus claims by Omo-Agege were baseless.

The commissioner for information, Mr Charles Aniagwu, stated this yesterday while dismissing the allegation, adding that the picture Omo-Agege has painted is at variance with the reality on the ground, warning him to face issues that concern his interest.

He wondered why Omo-Agege has been bashing Governor Okowa despite the fact that he is not contesting for any election in 2023, adding that the state budget had not been less than N350 billion annually, querying what is N700 billion in seven years.

According to him, the wage bill alone is enormous, not to talk of recurrent expenditure of the state on the airport, youth empowerment, road projects, bridges, and others that has added value to the lives of the residents of the state.

Aniagwu, who said Omo-Agege should be taught how to run government and statistics if he actually wants to govern the state said recruiting innocent people to blackmail the incumbent governor would not hold water adding that the people know Governor Okowa has performed well.

“My principal, Governor Okowa has performed well and will add value to national issues. He has discharged his assignments creditably. The governor will continue to deliver on the projects he has embarked upon while Omo-Agege should face his challenges towards the election,” he said.

In his reaction, director, communications and media strategy, Ovie Omo-Agege Campaign Organisation, Ima Niboro, said his boss stands by his submission that the people of Delta State were tired of PDP’s misrule.