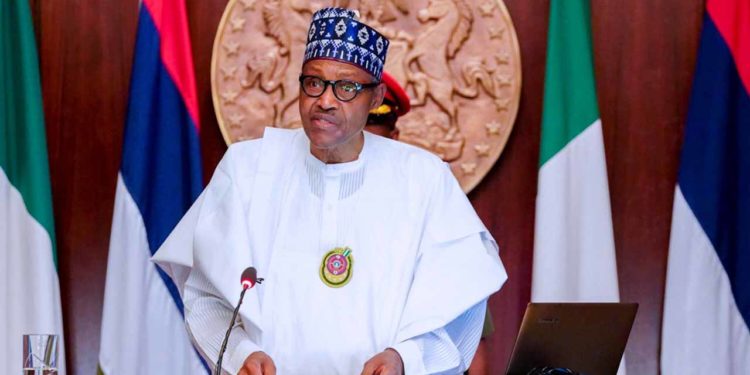 Following the emergence of Ifeanyi Okowa, governor of Delta State and chairman of South-South Governors’ Forum, as Vice Presidential candidate of the opposition PDP; and the resurgence of vandalism and sabotage on oil pipelines in the Niger Delta region, a group of concerned APC members in the Niger Delta region has alerted that the developments were “very troubling and therefore do not bode well for our ruling All Progressives Congress (APC)in the Niger Delta as we head into the 2023 general elections.”

The APC group, “Committed members of the APC from the Niger Delta Region,” whose statement was signed by the trio of Ebibomo Akpoebide, Menegbo Nwinuamene, and Itam Edem, specifically raised alarm that “with the selection of Okowa as PDP’s Vice Presidential candidate however, it further diminishes whatever chance our party, the APC ever had in the region given the ruling party’s government choice of foisting interim managements and sole administrator contraptions in the region’s foremost agency, NDDC, in violation of the law, for nearly three years thereby denying the nine constituent states opportunity for fair and equitable representation on the Commission’s board.”

According to the group, in a story published in a national daily on June 14, 2022, entitled “S&P Report: Pipeline Closures, Maintenance Drag Nigeria’s Oil Output to New Low,” it stated that “Nigeria’s crude oil output has plunged to new low in recent weeks hit by pipeline closures” arising from “vandalism and outright sabotage as well as community issues.” The newspaper further quoted Platts Analytics stating that “Political risks may worsen ahead of elections in early 2023.”

The Committed APC members noted that 21st Century Youths in Niger Delta and Agitators with Conscience (21st CYNDAC), according to its Coordinator, Izon Ebi had cautioned that with government’s dismantling of hitherto thriving illegal oil refinery activities in the region, the youths of the region would again resort to destruction of oil pipelines if they are not productively re-engaged, which equitable representation of the nine constituent states on NDDC Board can guarantee.

Restating how the selection of Okowa as PDP’s Vice Presidential candidate and resurgence of oil pipelines vandalism further diminish whatever chance APC ever had in the region, the group recounted how the long-suffering people of the Niger Delta region have had to endure nearly three years of the region’s foremost agency has been administered in violation of its establishment Act.

According to Akpoebide, Nwinuamene, and Edem, “in effect, the nine NDDC states of Abia, Akwa Ibom, Bayelsa, Cross River, Delta, Edo, Imo, Ondo, and Rivers, which by law ought to have representation on the board, have been de­prived of their statutory repre­sentation due to the failure/delay of the President to inaugurate the board of the Commission, in contravention of the NDDC Act.” They regretted that the constituent states have be­en deprived of opportunity of having their representatives who, sitting on NDDC Board, are supposed to ensure that the budget of the NDDC is run in the way that what is due to each state gets to them. According to them, “this blatant illegal act of the Federal Government has been de-marketing APC in the region.”

The Committed APC members recalled that in its recent letter to President Buhari and APC leadership, it specifically cautioned that “as it stands, the APC cannot win an election in the region except the missteps in NDDC are remedied and the NDDC substantive Board is inaugurated in accordance with the law setting up the Commission.”

The group also drew attention that already another group, the Niger Delta Rescue Movement (NDRM) has since vowed not to back the All Progressives Congress (APC) in the 2023 elections following the delay to inaugurate a substantive board of the Niger Delta Development Commission (NDDC). The spokesman of NRDM, Jonathan Okwa, said the group would ensure the mobilisation of the people of Niger Delta region to vote against the APC in the 2023 presidential and general elections if the board is not inaugurated.

The APC group also regretted that the situation currently in NDDC which has subsisted for two years is that “there is an illegal sole administrator who is both Managing Director, Executive Director of Finance, and Executive Director Projects, in clear breach of NDDC Act which ensures separation of these duties to ensure checks and balances.”

According to Akpoebide, Nwinuamene, and Edem, the continued administration of the NDDC by Interim management committees / sole administrator is “illegal because the NDDC Act has no provision for this illegality as the NDDC Act only provides that the Board and Management of the NDDC at any point in time should follow the provisions of the law which states that the Board and management is to be appointed by the President, subject to confirmation by the Senate. Nobody is supposed to begin to administer the NDDC and utilise the huge funds accruing to it on a monthly basis without passing through this legal requirement as stipulated in the NDDC Act.”

The group stated that President Buhari and the APC leadership should be “concerned about the disdain of the Niger Delta people over the manner President Buhari has handled the NDDC, most especially administering the Commission with illegal interim managements/sole administrator contraptions for five years in his seven years in office, and therefore needs to end the ongoing illegality in NDDC if APC desires to win the upcoming general elections, across board in the entire region, and be remembered for good in the Niger Delta. Otherwise, what will be APC’s response when the opposition party in its electioneering campaigns denounce APC for non-compliance with the NDDC Act and thereby denying the nine constituent states of their legitimate demands for equitable representation on the board of NDDC for the benefit of their people?”

The group further stated that “given the various encounters our presidential aspirants had with party delegates from Akwa Ibom, Abia, Bayelsa, Cross River, Delta, Edo, Imo, Ondo, to Rivers states, our party should no longer be in doubt about the mood of the people of the region with regard to their genuine angst towards the Federal Government and APC for the way we have been badly treated by certain elements in the Federal Government who feed fat on the resources of our region.”

The group also drew attention that Niger Delta leaders, governors, youths, women, traditional rulers, civil society organisations, and other stakeholders, have consistently demanded that President Buhari should comply with the law setting up NDDC, end the ongoing illegality in the Commission, and inaugurate the substantive board.

The Committed APC members recalled that while receiving the leadership of Ijaw National Congress (INC) in Abuja on June 24, 2021, President Buhari had said that the Board will be inaugurated once the forensic audit report was submitted.  According to him, ‘‘based on the mismanagement that had previously bedeviled the NDDC, a forensic audit was set up and the result is expected by the end of July, 2021. I want to assure you that as soon as the forensic audit report is submitted and accepted, the NDDC Board will be inaugurated.” That report has been submitted to the President since September 2, 2021, yet he has delayed to inaugurate the board.

The group is saddened that “despite further assurances that the submission of the report would see to the inauguration of the board, it has not ended the delays, manipulations and hijacking of the NDDC by vested interests. This foremost federal government agency set up to right the wrongs in the Niger Delta over the years is still being run by a sole administrator appointed in breach of the NDDC Act.”

The APC group also drew attention to an extensive story in a national newspaper on Saturday, June 4, 2022, entitled “NDDC no longer serves N’Delta interests — PANDEF, monarchs, stakeholders,” in which a wide spectrum of opinion leaders and authentic stakeholders bemoaned the current deplorable state of the Commission and urged President Buhari to inaugurate the Board that has been screened and confirmed by the Nation’s Senate since November 2019.

In the view of Akpoebide, Nwinuamene, and Edem, for a government that prides itself for adherence to rule of law, this administration “conversely continues to administer the Niger Delta Development Commission (NDDC) in flagrant violation of the NDDC Act. As a Commission established in 2000 by an Act of Parliament, the ongoing national embarrassment at NDDC should be of grave concern to President Buhari and the ruling APC, about our diminishing chances of making any impact in the upcoming 2023 general elections and thereby should persuade the President and the APC leadership to put an end to the illegality of further administering NDDC with a Sole Administrator that is not known to the law setting-up the Commission.”

The Committed APC members therefore urged President Buhari to “keep to his promise of June 24, 2021, end the illegal sole administratorship at the NDDC, inaugurate the NDDC Governing Board in line with the NDDC Act to represent the nine constituent states, and thereby ensure proper corporate governance, checks and balances, accountability, transparency, and probity in managing the Commission. We further state that this is the minimum the Federal government and the APC can do to win back the trust of the Niger Delta people and stand a chance to do well in the region, in the forthcoming 2023 general election.”

7 Incredible Health Benefits Of Strawberries And Why You Should Eat More... Click Here For Details
Tags: APCBuharinddc
SendShareTweetShare
Previous Post