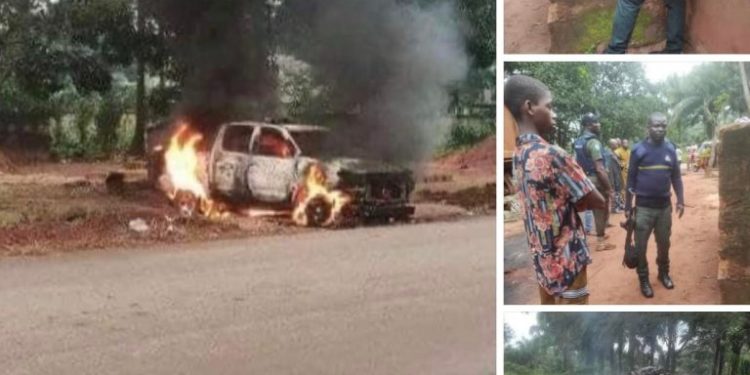 The Enugu State Police Command has confirmed an attack at one of its checkpoints in Nsukka area of the State on Friday.

Spokesman of the Police Command, Daniel Ndukwe, who confirmed the attack to LEADERSHIP, said details were still sketchy.

“Yes there was an attack on Police operatives. But the details are still sketchy. I will communicate you once I get details, please,” the PPRO stated.

Sources disclosed that the attack  occurred at Umeano Junction, Ibagwa-Ani in Nsukka LGA.

The incident forced residents of the area to scanper for safey.

Sources further stated that the unknown gunmen came down from their vehicle and opened fire at  the police checkpoint at Umeano junction, killing one policeman while others ran away.

The source added that the vehicle belonging to the police  operatives was set ablaze by the gunmen before they left the scene.

7 Incredible Health Benefits Of Strawberries And Why You Should Eat More... Click Here For Details
Tags: EnuguGunmenPolice
SendShareTweetShare
Previous Post