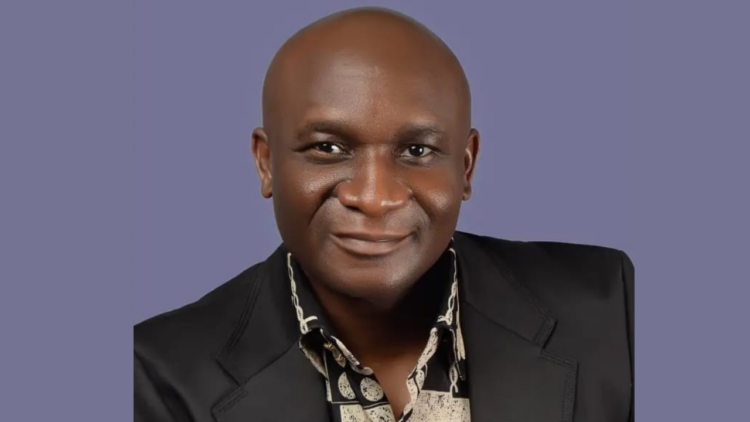 The 15-member Board of the Niger Delta Development Commission, NDDC, announced by President Muhammadu Buhari is significantly different from all previous Boards of the Commission. It is the first Board in the 22-year history of the Commission to be headed by a woman, Mrs Laureta Onochie, current Senior Special Assistant to the President.

Similarly, the Managing Director nominee, Dr. Samuel Ogbuku, is the first home-grown community leader and activist, and development strategist that will lead the day to day administration of the interventionist agency. His credentials as a village head, community mobilizer, Niger Delta Activist and past executive of the Ijaw Youth Council, armed with a masters and doctorate degrees in political administration and development studies have equipped him for the task of bringing the desirable changes to the Niger Delta development agenda.

Also for the first time, the position of Executive Directors – for Projects and Finance and Administration have moved from the four core oil producing states Akwa Ibom, Delta, Rivers and Bayelsa to the others with nominees from Edo and Ondo States.

For far too long, the Niger Delta region has suffered deprivation and degradation without commensurate redeeming attention. This has resulted in a slow pace of growth in the region, notwithstanding the government‘s genuine effort at provoking economic prosperity for the people.

Over time, the people have agitated for more government attention, with better funding to address development deficits and gaps that have grown over the years. Most importantly, they have also called for men and women with requisite knowledge, experience, capacity, commitment, exposure, integrity and right vision to tackle the seemingly intractable challenges.

The Niger Delta Development Commission, NDDC, the interventionist agency established to oversee regional development, has been criticised repeatedly by the people for not meeting the expectations and needs of the people, of an organisation administered by such people of proven competence and commitment, towards improving the living conditions of the people. And the urgency has grown over the years, to ensure that NDDC realises its mandate of a sustainable regional development that offers lasting solutions to the socio-economic difficulties of the Niger Delta.

Consequently, the quest for credible persons to mount the saddle of leadership of the twenty-two-year old agency has predicated on attempts to correct persistent wrongs, redress injustices and inequities, as well as facilitate the region‘s rapid and sustainable development into one that is economically prosperous, socially stable, ecologically regenerative and politically peaceful, in line with NDDC‘s core mandate.

President Muhammadu Buhari has shown, over the years, a commendable attention towards the development of the Niger Delta region, as well as a deep concern for the people, by working to strengthen the Commission, to be better equipped to discharge its mandate to the people. While the recent forensic audit has unmasked years of mismanagement of resources and opportunities, the recent appointment of a new board for the NDDC signposts government’s commitment rebuildingthe fortunes of the NDDC and the region.

And the new board, announced on Wednesday, November 23, appears peopled by men in whom the Niger Delta can begin to entrust their support, belief and trust, to meet their needs and satisfy longstanding yearnings. It heralds a new dawn.

Indeed, the appointment of Mrs Laureta Onochie (Delta State) as Chairman of the governing board, Dr. Samuel Ogbuku (Bayelsa State) as the Managing Director/Chief Executive Officer, as well as the Executive Directors of Finance and Projects, state and regional representatives, is a direct response to the obligation of fast-tracking the development of the region and improving the living condition of the people.

Of special mention must be the appointment of Dr. Ogbuku as the Commission‘s chief administrative officer. As its managing director and chief executive officer, his would be the daunting task of ensuring that NDDC is steered towards the path of credible intervention in the affairs of the region. A man of proven integrity, administrative competence, commitment to the Niger Delta, with great man management skills, his is a well-deserved appointment. It reflects the deep commitment of the APC-led government toward restoring the much-needed confidence and faith necessary for rebuilding the Niger Delta region.

There is no doubt that the appointment of Dr. Ogbuku will bring a fresh breath of effective, efficient and professional tenure in the management of the Commission. He comes fully equipped to make a difference. With over twenty years of experience and expertise in crisis management and capacity building, Dr. Ogbuku has consistently carved a niche for himself. In most of what he has achieved, and in all responsibilities bestowed on him, there have been distinct marks of distinction and achievement.

Armed with a Ph.D in Political & Administrative Studies and a Master‘s in Development Studies, it is certain that he will utilize his vast intellectual resources to strengthen the Commission and execute its mandate in ways that will be remarkably different. A product of the Niger Delta struggle, a student union activist and one-time Public Relations Officer of Ijaw Youths Council (IYC), Central Zone, Dr. Ogbuku has always shown deep concern about the plight of the Niger Delta region. Hence, the Ogbia-born strategist and administrator is well-armed to undertake his new assignment with deep knowledge in conflict resolution, youth leadership development, as well as personnel management in both the private and public sectors of the Nigerian economy.

As a humanist, the Political Science and Administrative Studies graduate of the University of Port Harcourt has continually demonstrated the zeal to positively affect the life of his people, evidenced when he served as Chief of Staff under the Chief Timipre Sylva administration in Bayelsa State between 2007 and 2012.

A passionately focused and self-motivated entrepreneur, he takes investment in agriculture very seriously. Already, there is growing hope that his tenure will bring important divestments towards improving agriculture and aquaculture in the region, in ways that will positively impact the traditional livelihoods of the people. As the United Nations has prescribed, the sure proof of sustainable development lies in the sustainable livelihoods of the people. There is also hope that he will impact positively on the environment. There is indeed a lot to hope for, for the Commission and for the region.

Ogbuku, who is a traditional ruler in Ayakoro town in Ogbia Local Government Area of Bayelsa State, was once a Personal Assistant to the Special Assistant to the Minister of Petroleum, from 2005 and 2007, a task that further broadened the sphere of his experience. The brand new NDDC MD was until his recent appointment, a Senior Special Assistant on Niger Delta Affairs to the Deputy President of the Senate, Ovie Omo-Agege.

A Crisis Of Violence Against Women