by Our Correspondent
in Feature
Reading Time: 4 mins read 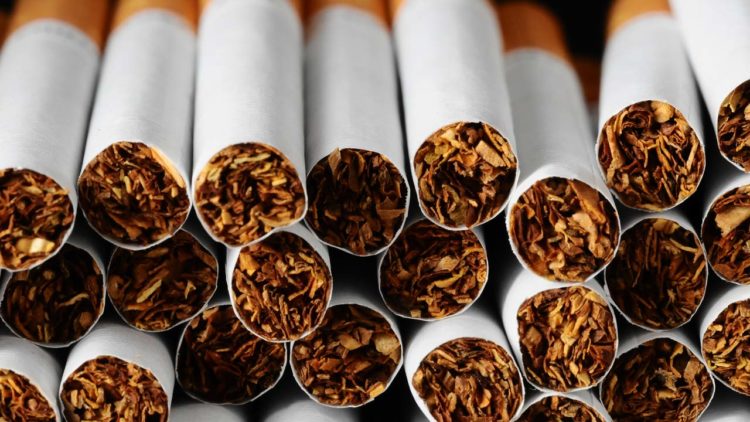 Unarguably, new products, which are part of the outcomes of numerous and indeed, long years of scientific research, are playing central roles in the drive towards achieving the much needed tobacco harm reduction and ultimately, attain a smoke-free world.

Not only do research drive the innovation that culminates in new products, which are serving as alternatives for smokers, they also help in assessing the trends and smoking patterns among people.

However, as far as the drive towards tobacco harm reduction is concerned, policy implementation by government and other critical stakeholders also plays an equally important role. Perhaps this understanding informed the decision of the organisers of the just concluded fifth edition of the No Smoke Summit to focus on new products, research and policy.

Essentially, the summit offered opportunities for scientists of different countries to present, discuss and challenge recent data related to the benefits and risks associated with alternative tobacco product use among smokers and the association with switch and quit attempts.

Additionally, it provided a platform for them to discuss and debate on scientific, technological, medical, regulatory, legal and policy issues for advancing the technical capacity of the participating countries.

It also provided an environment where regulatory authorities and policy makers may present their prospective course of action to the scientific and medical communities.”

While sustained research has led to the innovation of alternatives like the snus, e-cigarettes, vaping, oral smokeless and numerous other products, which are aiding the drive towards a smoke-free world, policy formulation and its implementation by government, cannot be under-emphasized.

What is the level of acceptability of these novel products? What roles does government regulation play in either aiding or frustrating efforts to ensure availability of alternative products since outright quitting, though the best option, is very difficult to attain for most smokers?

Answers to the above posers among other critical questions, dominated discussion during the 2-day event at the Stavros Niarchos Foundation Cultural Center in Athens, Greece, on 21st & 22nd September 2022.

Like stakeholders at the conference rightly noted while discussing challenges governments currently face in smoking control, there is the need for governments to adopt a pragmatic public health perspective and evaluate tobacco harm reduction as a strong pillar of public health strategies.

While moderating a session on ‘Current challenges that governments face in smoking control’, Prof David T. Sweanor said ‘smoking control is a global issue and needs to be seen from a global perspective’. Sweanor, who is the chair of the Centre for Health Law, Policy and Ethics, is an adjunct professor of law at the University of Ottawa. He has worked on tobacco and health policy issues since the early 1980s and played a key role in setting a wide range of Canadian and global precedents.

Speaking about the situation in Greece, Mr. Vassilis Kontozamanis said “The “anti-smoking” law that was effectively installed a few years back underlined the government’s will to fight the effects of smoking.

Among the different speakers at the Summit was the Director of the New Zealand based Centre of Research Excellence, Marewa Glover who, while drawing from research on smoking in New Zealand, said, ‘smoking prevalence had diminished in New Zealand from 27% in 1992 to 18.4% in 2011-12 and then to 10.9% in 2020-21, one of the lowest in the world’

Glover said the prevalence varies greatly according to income level and noted that it remains higher among the poorest, and the most disadvantaged ‘Interventions to reduce smoking must seek to reduce income inequities’.

She urged the regulatory authorities to eliminate all inequities before imposing criminalizing policies that could worsen socioeconomic disparities.

While admitting that New Zealand has become a model for other countries, Glover said its current position in smoking control is the result of many decades of anti-smoking efforts and preventive measures, which began in 1945.

As part of measures to control smoking, New Zealand implemented in 1990, a comprehensive Smoke-Free Environments Act. The Act was very progressive and fully embraced a harm reduction approach to smoking.

However, the Vaping Regulation that was passed in 2020 signaled a shift from harm reduction to prohibition. ‘The law amended the intentions of the original 1990 Smoke-Free Environments Act, its intention being to prevent the normalization of vaping and to insure no one starts or ever returns to smoking, vaping or using heated tobacco products (HTPs)’ Glover said.

Glover said the latest law being pushed through Parliament, which seeks to cut the amount of nicotine in smoked tobacco products; reduce the number of tobacco retailers across the country from about 8,000 to about 500-1,000, and increase the legal age of purchase from 18, to raise by 1 year every year, is not consistent with harm reduction.

The new legislation according to Glover, ‘is top-down and not person-centered, it is punitive and not compassionate, and it will likely cause harm due to a) the injury/criminalization associated with black market activity, b) a worsened mental health, c) an increased marginalization, and d) a shift to higher-risk substances’.

She enjoined countries that want to reduce smoking-related harm to be wary of the challenges of “campaign of disinformation about relative risk of nicotine, loss of academic freedom, rise of “liberal paternalism”, and diminishment of human right to autonomy, dignity & right to consent, e.g., to medical intervention”.

Expectedly, panelists shared their views about the importance of harm reduction strategies to the smoking control efforts in their countries.

One fundamental takeaway from the discussion is that countries can benefit from good scientific research and good policies.