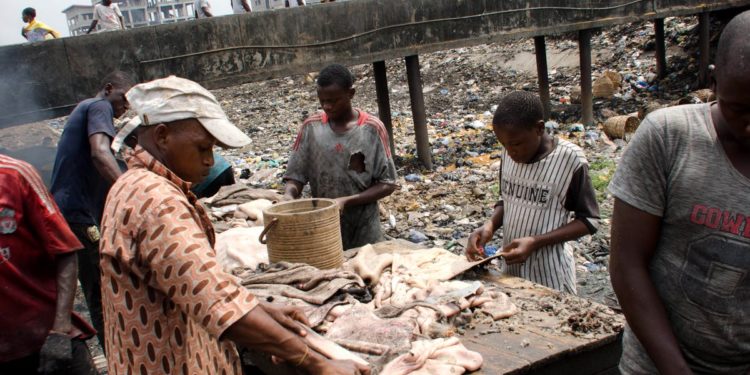 The Task Force on Illegal Slaughter Slabs constituted by the Niger State government has clamped down on illegal slaughter slab operators in the state capital.

The taskforce team led by the permanent secretary, Ministry of Livestock and Fisheries, Dr Ibrahim Garba Musa arrested no fewer than 23 culprits who have violated the directives that all slaughtering for commercial purposes should be done at the central abattoir.

The team leader said the operation is sequel to the elapsing of a month’s notice issued to the offenders to relocate to government recognised abattoir.

Musa said the state government would not fold its arms watching unguided individuals supply the public with contaminated meat, maintaining that the taskforce would sustain operation until all illegal slaughter slabs move to the centralised Abattoir at Tayi Village in Minna.

He said, “A lot of vices are promoted through illegal slaughtering of animals and evasion of inspection of such meat gives room for supply of contaminated meat to the public. There could be security implications because some of them could be stolen or dead animals and could be slaughtered and sold to innocent individuals.

“So, for us is a mandate that the ministry must ensure that wholesome meat is being served to the public.”

The permanent secretary said the arrested culprits would be charged to court to serve as deterrent to others and therefore warned restaurant owners that slaughters animals at the restaurant to desist from the act emphasising that the taskforce would not hesitate to use its sledgehammer on them.