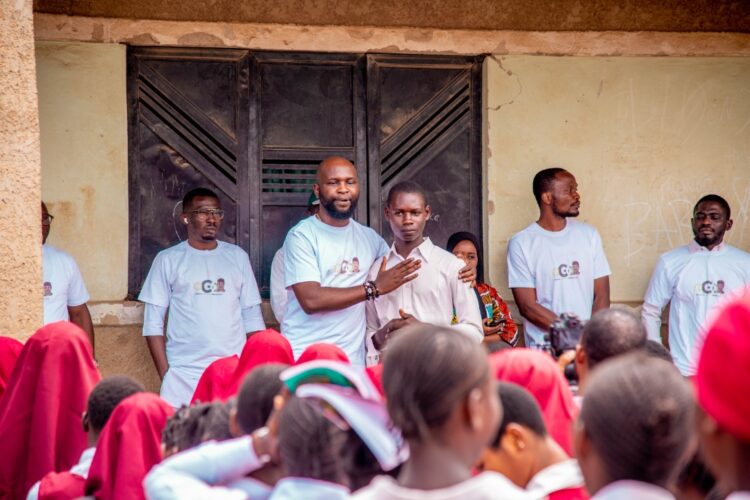 A group loyal to Vice President Yemi Osinbajo, the Osinbajo Grassroots Organisation (OGO), has called on younger Nigerians, particularly students, to keep the faith in the future of Nigeria by embracing the virtues of patriotism and loyalty.

The OGO was in the school to interact with the students towards inspiring them on patriotism and loyalty as part of Nigeria’s 62nd Independence anniversary.

Ojo noted that the greatness of Nigeria will be realised only when the citizens do not stand aloof from contributing their quotas to the development of the nation. 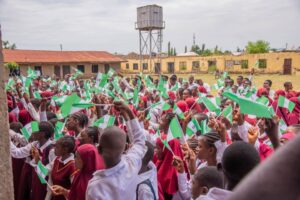 “All other developed countries of the world have had their fair share of developmental challenges which our nation is faced with today. If their citizens stood aloof or had lost faith in their countries, there would have been no one to build these nations to which we now struggle to relocate today.

“We also owe it a duty to believe in the future of this country by being patriotic and loyal to its cause in order to build one nation that everyone will be proud of,” he told the students.

The OGO leader restated the vision of the group towards promoting the ideals of Vice President Yemi Osinbajo as exemplified in loyalty, professionalism, patriotism, strong character, national unity, tolerance and selfless service, among others.

“We owe it a duty to you, and generations coming after you, to restate, like the Vice President has always admonished, that the weight of this country rests upon your shoulders.

“Whatever you experience about this nation today, will one day be resolved if you continue to believe in yourself and believe in this nation,” Mr Ojo added.

Speaking earlier, a member of the OGO delegation, Mr. Remi Adebayo, also admonished the students not to wait until they become old before taking responsibility for the good of the nation.

“Let me remind you, that corruption, a deadly virus that gives birth to most diseases confronting nations, particularly ours, is not only limited to adults and it is not about stealing money alone.

“A student who cheats to pass exams is corrupt, and he or she will likely steal from the nation in the future; a student that joins cultism is corrupt, and will likely become violent tomorrow; a young person that violates traffic law or fights is dangerous to his relationship, others and the community. So, please know, that you are not exempted if this country must be greater.

“At 62, Prof Osinbajo is telling you to trust Nigeria, and he asks you to support your leaders, including your parents, siblings, teachers, friends and others to do only the right things by obeying the law and respect our nation,” Adebayo said.

The highlight of the event was the presentation of N50,000 cash support to Paul Abang, an SSS 3 student, who earlier won a prize when the group visited the school in 2021.

Similarly, the Head Boy of the school, Pita Philip, also went home with a N50,000 donation from the group for his brilliant definition of “Patriotism” and, was similarly adopted as an Ambassador of the group in the school.

Meanwhile, Maryam Zubairu, an SS1 student was also rewarded with N20,000 for her courageous effort in attempting the question on the meaning of ‘patriotism’.

The OGO also distributed the Nigerian flags to all the students as emblem of patriotic reminder and respect to the nation during the visit.

“American citizens are so much in love with their flags as connecting point with their country. Nigerians must also imbibe this gesture so that each time we see this flag, it will always remind us of the obligation we owe Nigeria on the imperative of being patriotic and loyal to it,” Ojo said.

In her reaction, the visibly excited Principal of the school, Mrs. Gladys Naphtali, commended the group for bringing the message of good virtues to the school and her students at the right time.

“You don’t know how much you have done and what seed has been sown into their hearts and how far this will go. I am happy, and can tell you that this is worth the time we have stayed to listened to you.

“I believe that with messages like this, the hope of breeding responsible leaders will become easier when we continue to join hands together to inspire our children to believe in our country in the interest of Nigeria,” she stated.

Mrs. Naphtali, however, appealed to the VP Osinbajo to assist the school by completing its dilapidated building and to equip its Science Laboratory.

“Let me use this opportunity to appeal to our dear Vice President, Prof Yemi Osinbajo to please come to our aid so we can rehabilitate this dilapidated building and to equip our Science laboratory.

“We know that he loves education, and can add us to his many other good gestures if our plead can get to him,” the principal added.