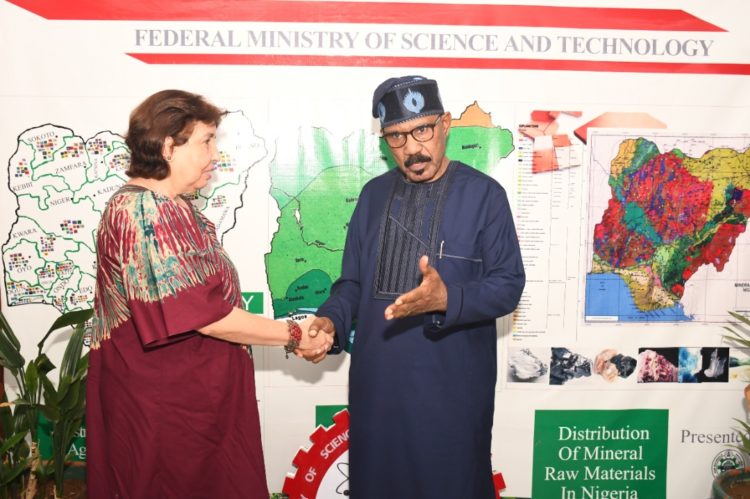 The Minister of Science, Technology and Innovation, Dr Adeleke Olorunnimbe Mamora, has said that the Federal Government of Nigeria and Republic of Cuba will collaborate in Vaccine production.

A statement issued on Wednesday by Deputy Director, Press and Public Relations of the Ministry, Obed Atuora, noted that Dr. Mamora said this when the Ambassador of the Republic of Cuba to Nigeria, rs Clara Pulido, paid him a courtesy visit in his office in Abuja on Tuesday.

The Minister noted that the collaboration will ensure that companies producing vaccines in the Republic of Cuba can be established in Nigeria for fruitful bilateral relationships.

The Minister stated that Cuba has done so much in the Primary Health Sector, adding that the Nigerian government is also replicating the same for the growth and development of the nation.

He further said that the Federal Government is willing to collaborate with the Republic of Cuba to enable it tap Cuba’s wealth of experience in order to achieve its quest for health for all in the country.

Vaccine production, the minister said, “will play a key role in tackling the emerging and re-emerging diseases in country, such as Malaria, Lasa fever, monkey pox as all diseases have been declared emergency, globally.”

Dr Mamora added that the Nigerian government is making serious efforts in producing vaccines locally so as to enable the country to prevent childhood diseases such as polio, tetanus and tuberculosis.

According to the minister, “knowledge and experience of those who are ahead of us in vaccine technology is something we must learn, through technology transfer.”

Earlier, Ambassador Pulido said that she was on the visit to congratulate the minister on his assumption of duty and to seek for the ministry’s collaboration in vaccine production for betterment of the Nigerian society as both countries strengthen their bilateral ties.