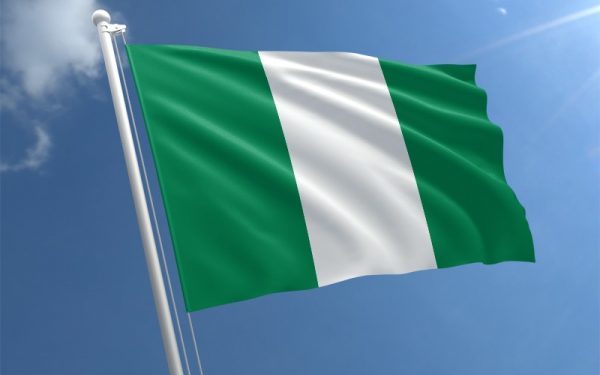 Please be patient with me as I tell you this story. Sometime in September 2000, 189 countries gathered and endorsed the Millennium Declaration, a commitment by all the world leaders there gathered;

“TO SPARE NO EFFORTS TO FREE OUR FELLOW MEN, WOMEN and

CHILDREN from the abject and dehumanizing conditions of extreme poverty’.

The above was translated into a framework of Eight Goals and targets that each country was then required to plan and achieve over a 15-year period ending 2015. These goals were the result of an extensive study anchored by the UN with contributions from the IMF, OECD and World Bank and in their reckoning would reduce strives across regions, promote social and human development, contain illegal migration, creating near equitable societies where welfare and well-being of the citizens is the priority.

Most of the developed world did not really need this as there were well above the targets but they endorsed them all the same, because the UN did not want to give the impression to the under developed world that it was an imposition or prescription for poor countries that could naturally attract some un-informed resistance.

There is such a thing as donor fatigue and they were also side remarks that the main authors of the program were trying to compensate for the disastrous results of the Structural Adjustment Programs of the earlier decade on almost all the countries that were coerced to adopt them as conditions precedent to access loans needed to keep them afloat and which lead to social and human development issues  with global dimensions.

The 8 Millennium Development Goals that countries were supposed to achieve in the period 2000-2015 are;

8-Develop a global partnership for development

The declaration did not just stop at just stating the above, it went further to initially identify 18 targets and 48 indicators for monitoring and measuring progress.

The goals were simple and discernible as they addressed the citizens welfare and well-being as the pivot for any meaningful growth that would in turn drive economic growth and reduce social stress across the globe.

Without even going to details, how do we think we scored after 15 years or even now after 21 years?

We just did not know what to do with the documents we signed and typically would not ask for help. In the planning and organization of the MDGs the authors went to great length to keep it very simple in understanding and implementation.

The result of the above will then reveal the resources needed across the time spectrum. Then depending on the available resources, come up with creative ways to achieve the targets and how to measure across the same spectrum of time. It was not more complicated than that.

Creative problem solving were then to be relied upon to assist, develop and review options such as mobile schools, physical schools, virtual schools, number of pupils per classroom, desired number of teachers per class room, teacher development and training and retraining options etc.etc. It was not expected to be complicated or ‘a long thing’ Nigerian street speak.

For whatever reasons, the needless attempt to modify the framework of the 8 MDGs for the NEEDS, SEEDS and LEEDS program did not quite align, for while the 8 MDGs were simply stated goals with targets and indicators for monitoring and measuring, the NEEDS’ pillars were Wealth Creation, Employment Generation, Poverty Reduction & Value Re-orientation.

Though there were intersections in desired results, the 8 MDGs were a simpler program with a major focus theme of ‘to spare no efforts to free our fellow men, women and children from the abject and dehumanizing conditions of extreme poverty’ which was then sub divided into 8 goals, with targets and indicators meant to provide direction on plans and actions to be taken to achieve desired outcomes.

The NEEDS program on the other hand tried to take on four Main themes and did not even involve other stakeholders at the sub national levels in its development as is evident in the Kuru Declaration which gave the impression that the NEEDS was an FGN initiative only and the SEEDS and the LEEDS were just hand downs and as such did not get the required buy-in from the stakeholders at those critical levels.

Whereas the MDGs document is straightforward in desired actions to be taken and results the NEEDS is not and it is unclear whether this opacity, is not as a result of the multidirectional themes. Additionally, the MDGs documents were easier to develop into a plan as it specifies a 15-year timeframe whereas the NEEDS was open ended.

But suffice it to say that neither of the desired results of both the 8 MDGs or NEEDS plans were achieved and because of the measurement plan in the MDGs framework it was easy to measure the results against time in 2015 and a dispassionate review of the MDGs end term report reveals that Nigeria scored less than 150 points out of a possible 800 points.

By September 2015 the world moved onto the 17 Sustainable development goals which were geared towards keeping focus and improving on the results of the MDGs. In our own case, we as usual jumped onto the SDG bandwagon even as our MDGs results were nothing to write home about.

We often blame our ‘imperfect’ constitution as the root cause of all our human, social economic development challenges, never paying attention to the fact that it is our inadequate understanding and implementation of it, that situates us where we are; the authors of the 8 MDGs could never have spoken more eloquently and directly to section 14, sub 2B of our constitution which states that ‘the security and welfare of the people shall be the primary purpose of government’.

Our poor end of term MDGs report and score understates our inadequate appreciation of the security and welfare of the people and their interrelatedness. Leadership at every level of governance have neglected and in my opinion by omission, to see that the welfare of the people directly impacts our internal security.

Lastly, the MDGs are the foundation for the SDGs and we should as an imperative go back to the 8 MDGs and start again for all you know with our ingenuity and creativity as a people we could achieve it in even 7 years or less. There is nothing to be gained by being in primary six and SS3 at the same time. It will be all motions, and resources down the drains. The framework of the participation of the people in the implementation of the MDGs is important to the implementation of the SDGs, so with an inadequate understanding, evidenced by our less than 150 points out of 800, shows that the implementation framework remains underdeveloped, so how can we expect to make any meaningful showing in an examination of 17 subjects when we failed in that, of 8 subjects?

We should as a matter of urgency go back to the 8 MDGs as the vehicle to take our nation further up the road to our destiny, and Moreso they are the foundation on which the SDGs are built and there should be no shame to repeat a class.

If we all commit to the 8 MDGs and pursue them relentlessly with our new sense of vision, mission and core values we can achieve the now 21 targets and 60 targets in half the time and more importantly achieve the security and welfare of the people substantially.

We can surprise ourselves with our new disposition. Memo No: 004 loading…