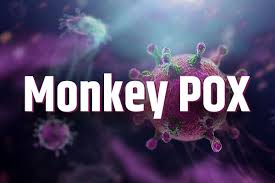 The World Health Organisation (WHO) has said Nigeria currently leads on the log of African countries with monkeypox infections and fatalities.

WHO regional director for Africa, Matshidiso Moeti, who disclosed this at a virtual news conference on Meningitis, said as at September 8, there were 524 confirmed cases and 12 deaths across 11 African countries.

She said Nigeria topped the list of the cases recorded, followed by the Democratic Republic of the Congo and Ghana. Moeti said Nigeria recorded six of the 12 deaths, while Ghana reported four and two recorded in the Central African Republic.

As at September 9, Nigeria had 220 infections, followed by the Democratic Republic of Congo with 195 cases and Ghana with 76 cases, while the global infections now stand at 57,527.

She said; “Although no single monkeypox vaccine has been administered to any high-risk group in any of the African countries reporting cases, WHO has provided 39,000 test kits to countries, enabling improved testing rates.”

On Africa’s progress with Meningitis Group A, Moeti said not a single case had been reported on the continent in the past five years but the COVID-19 pandemic delayed vaccination campaigns targeting more than 50 million African children. She also noted that the major outbreaks caused by meningitis Group C have been recorded in seven of the African Sub-Saharan meningitis belt countries in the past nine years.

She said; “The most recent was a four-month outbreak in the Democratic Republic of Congo, which claimed more than 200 lives just last year. The pandemic severely disrupted meningitis prevention and control services slashed by half in 2020, when compared to 2019, followed by only a slight improvement last year.”

The Obidients, The Jagaban And The Icarus Syndrome