Nigeria Not Reaping Oil Gains As Reserves Dip By $2bn

by Bukola Idowu
in News, Business
0 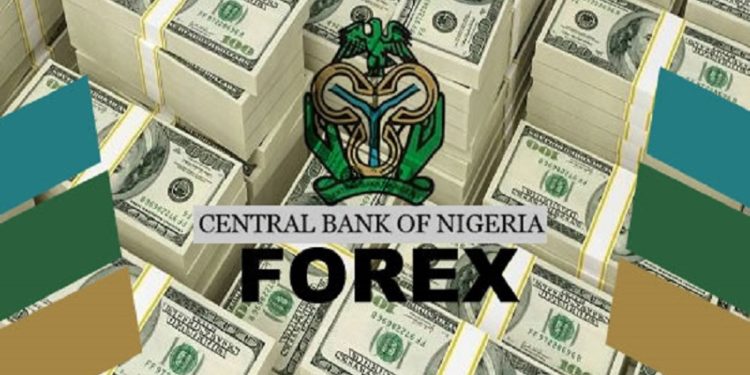 Nigeria’s foreign exchange reserves have continued to dwindle, having depleted by more than $2 billion since the beginning of 2022, as analysts say Nigeria is yet to reap the benefit of the high oil price due to the declining value of the local currency as well the non-removal of the oil subsidy.

The price of crude oil has hovered between $120 and $130 per barrel since the beginning of this year and despite increased oil output in the first quarter of the year, the external reserves have been on the decline as the Central Bank of Nigeria (CBN) continues to support the naira.

At the Investors’ and Exporters’ window, the value of the naira is hovering around N420 to the dollar while at the parallel market, it is selling at N610 to the greenback.
Analysts at Cowry, noted that, the continued decline in forex reserves was due to the weakening naira power, low crude oil production which is due to the brazen spate of oil theft, vandalism in the oil-producing region and lack of investment into the oil sector.

According to senior analyst at FXTM, Lukman Otunuga, as the country forex reserves are drained, it continues to worsen Nigeria’s problem of dollar shortages which has dragged the naira lower.

Noting that the country is not benefiting from the high crude prices, Otunuga said, despite being Africa’s largest crude producer, the country exports the global commodity but imports all by-products amid the weak infrastructure.

“So as oil prices rally, this could support earnings but also take a chunk out of foreign exchange earnings. It does not end here. Anything that is left is devoured by petrol subsidies which are expected to cost the government almost $10 billion this year.

“Oil benchmarks are trading near multi-year highs and have the potential to push higher in the near term. This could mean more pain for Nigeria despite other oil producers cashing in and enjoying the commodities boom,” he pointed out.

Analysts at Cowry Assets note that, “since the start of the Russo-Ukrainian crisis, crude oil price has risen significantly above a record $100 per barrel amidst the supply cut from, and, sanctions on Russia by the West. This development has benefitted some oil producers with huge earnings from oil exports.

“On the flip side, Nigeria’s major source of foreign exchange earnings over the years has turned unreliable and prone to exogenous fluxes of global economic evolutions in recent times which is observable in the non-operating capacities of the nation’s refineries.

“Though, the CBN, at a conference held in December 2021, has averred that Nigeria’s forex reserves will hit $45 billion before the close of the first half of 2022 while it continues its intermittent interventions in the foreign exchange market to ensure the naira stability.

“The reverse is now the case as the foreign assets holdings continue its freefall and the fact that the domestic currency has run on to grapple with the stack actuality of finding equilibration against the greenback and low oil earnings for the federal government, will continue to be principal drivers of this freefall witnessed in the reserve’s management.

“Meanwhile, we are optimistic that the macroeconomic environment at the start of the year, increased daily crude oil production to 1.77mbpd plus the continued surge of the oil price in the world oil market above the country’s budget benchmark of $62 per barrel to around $130 per barrel will propel a significant accretion in the foreign asset holding under the watch of the CBN going into H2- 2022.”