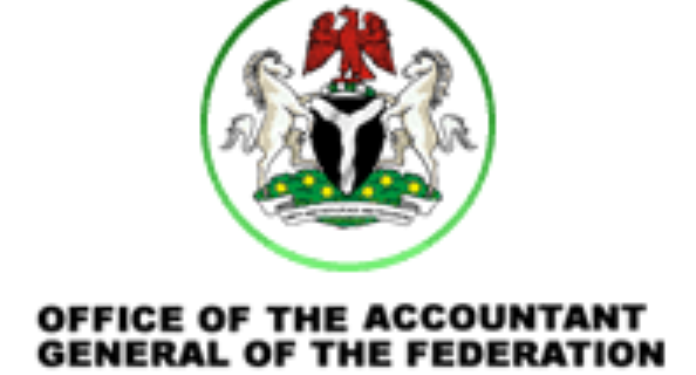 Worried by the dwindling level of revenue to the federation, amidst high cost of governance, Office of the Accountant-general of the Federation has commenced a retreat to find new ways to block revenue leakages, cut cost and reduce government expenditures.

Speaking at the 3-day retreat which commenced yesterday, Ag. Accountant-general of the Federation Chukwuyere Anamekwe said government revenue is under serious attack and government has to find a way to remedy it.

Tagged ‘Enthroning Fiscal Discipline in Nigeria’s Publoic Financial Management: a Clarion Call to Stakeholders’, the retreat is focused on identifying strategies on how to sort additional finances and cut costs for government.

Anamekwe who that there is an increase in government expenditure due to increasing security challenges and social needs of the citizenry, called for an articulated deployment of fiscal discipline and strategies that will help mitigate the challenge. He urged the participants to ensure they apply the knowledge from the retreat to use in their various agencies with a focus on helping to curtail the fiscal pressures that characterize.

Among other reasons, the retreat is expected to identify the challenges to revenue generation and other means of enhancing inflow into federal government coffers; ensuring the cutting down the cost of governance in the most acceptable way; ensure synergy amongst and within stakeholders in the subcommittee and produce quality and profitable advise to the federal cash management committee.

Governor of the Central Bank of Nigeria (CBN) Godwin Emefiele who was represented by Hussaini Kagara in banking services department of the bank, said the theme of the retreat speaks to the reality on ground, while urging participants to take advantage of the knowledge-based discussions “to know how we can maximise our revenue base.”
He said the participants should come up with ways to block loopholes and ideas to deal with the revenue issues affecting the Nigerian economy. “I urge you to come up with suggestions that can help government manage expenditures,” he said.

Also, the director, funds department at OAGF, Mr Sabo Mohammed said government must adopt fiscal discipline to maintain fiscal positions that are consistent with macroeconomic stability and sustained economic growth. “To this end, it warrants avoiding excessive borrowing and debt accumulation,” he said.

Mohammed said lack of fiscal discipline could lead to a situation where the expenditure of government exceeds receipts, saying, “This will result in borrowing funds to finance the deficits; which may on the long run, lead to a depreciation of the currency and further and escalate inflation in an economy.”

Tags: Office of the Accountant-general of the Federation
SendShareTweetShare
ADVERTISEMENT
Previous Post

Nigeria Not Reaping Oil Gains As Reserves Dip By $2bn