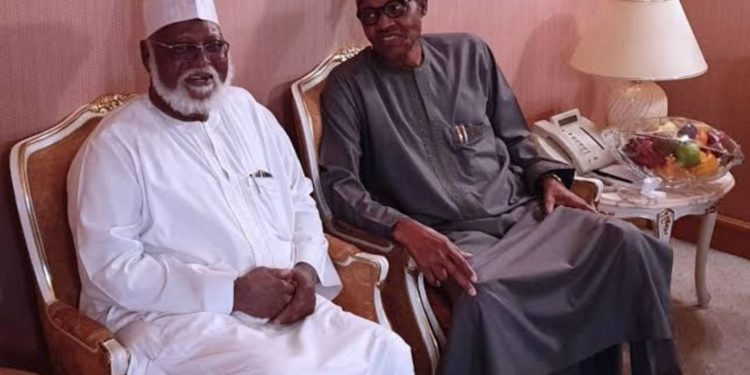 The President in a statement by presidential spokesman, Femi Adesina, on Monday, joined family members, friends and associates of the former Head of State in celebrating the milestone, taking into full cognisance the historic roles he has played in the unity and peace of Nigeria, and in laying the building blocks of democracy.

The President noted the meritorious service of the one-time Chief of Defence Staff (CDS), sacrificing for the country and African continent by participating in peace missions and negotiating  for the upholding of democracy across the continent.

President Buhari extolled the humility and humanity of the Army General, who chose the noble path by ensuring transition to democratic government in 1999, and midwifed a peaceful handover process in 2015.

On his 80th birthday, the President believes the nation owes Gen. Abubakar debt of gratitude for always putting the interest of the country and its citizens first, and working for the greater good of Nigeria and a better Africa.

President Buhari, therefore, prayed that the Almighty God will continually bless the former Head of State with good health, strength and wisdom.