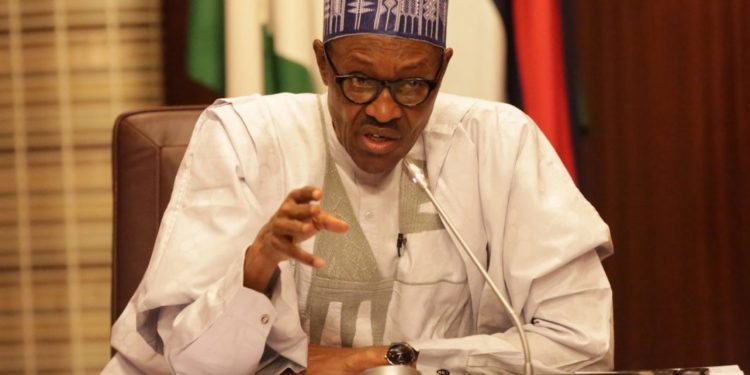 The presidency has declared that Nigeria’s boundaries with neighbouring countries are artificial, saying Nigeria and Niger Republic share the same cultural interest.

This is coming days after the decision of President Muhammadu Buhari to supply 10 Toyota Land Cruiser SUVs to neighbouring Niger Republic had sparked outrage, with some Nigerians alleging that it was wrong for a country facing unprecedented debt and poverty level to make such a donation.
But justifying the decision to spend over N1.14bn ($2.7m), minister of Finance, Zainab Ahmed, said the vehicles were purchased for the government of Niger for security purposes.

He spoke during a reception organised in honour of the two principal officers of the president recently honoured by the president of Niger, Mohammed Bazoum.

The presidential aides conferred with Nigerien highest honour recently are the state chief of protocol (SCOP), Lawal Kazaure, and the senior special assistant to the president on Household and Domestic Affairs, Sarkin Ada.

According to Gambari, countries sharing borders with Nigeria, including Cameroon, Benin Republic, Chad and Niger Republic, share the same interests and cultural affinities which bind them together.
He said, “All these boundaries are very much artificial. The Europeans in Congress of Berlin just took a piece of paper and were drawing lines across places where they have never been; they never intended to be, separated people who should be united and uniting people, perhaps, who should be separated.
“But the leaders of Africa decided that it’s wise to keep those boundaries artificial as they may be, because to change them other than peacefully, will be creating even more problems than they can solve. But in any case, whether by those lines, whether artificial or not, Niger/Nigeria share common boundaries, common interests, and common concerns for their families across the borders.”
On Buhari’s foreign policy, the CoS said, “In his (Buhari’s) earlier incarnation, as Head of State, the defining feature of his policies was concentric circles of Nigerian foreign policy.”
Explaining the policy, Gambari said it means “that our interests, our efforts, will be concentrated on promoting Nigeria’s interests in concentric circles at the epicenter; the defense of Nigeria’s integrity, the prosperity, the welfare of its people.
“But next are the neighbouring countries, then West Africa, then Africa, and then the rest of the world. And he has proved the continuity of Nigeria foreign policy in this sense by the fact that the first countries he visited after being sworn in, were the neighboring countries,” the CoS added.
On his part, the State House permanent secretary, Tijjani Umar, congratulated the awardees, saying the challenge of COVID-19, climate change and lately the Russian/Ukraine war have impacted the population negatively and has become important for countries to watch each other’s back.
He stressed that the honour conferred on the presidential aides has further strengthened the bonds between Nigeria and Niger Republic.
Also, the state chief of protocol who spoke on behalf of his fellow awardee said the international award was in recognition of the enviable strides made by the president, even as he lauded Buhari for exposing them locally and internationally.
He thanked the chief of staff for organising the reception in their honour.