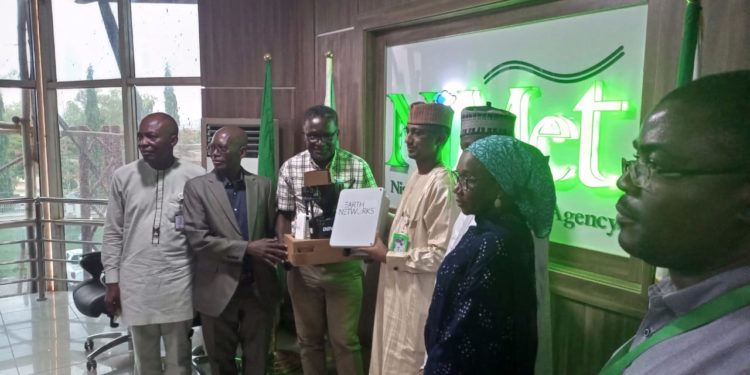 They were parts of the 10 airports across the country, where the newly donated systems will be installed.

This was revealed by the director-general of the NiMet, Professor Mansur Bako Matazu, at the handing-over of the lightning detection system by the Earth Network in Abuja on Wednesday.

The director-general, who said that NiMet staff will also be trained on the use of the equipment immediately, noted that the agency has received 10 AWOS, 10
Lightning detectors and their required accessories at no commercial value to it.

Explaining what the equipment means, the director-general said “Earth Networks developed a lightning detection and surface weather monitoring technology that detects a large portion of in-cloud (IC) and Cloud to Ground (CG) lightning.

Speaking on the importance of the equipment, the NiMet boss said it will help in actualising the objective of observing, creating and producing weather information for the nation in particular and Africa at large.

He said the equipment will also go a long way in assisting NiMet with its yearly seasonal rainfall prediction products as the system boast of accuracy and efficiency.

Also speaking, the West African representative of Earth Network, Jean Blaise, said the new system enables the user to properly monitor the lightning system and ensure safety and proper use of airport.

He also said with the current climate change, all airports needed the system to capture the activities of lightning.