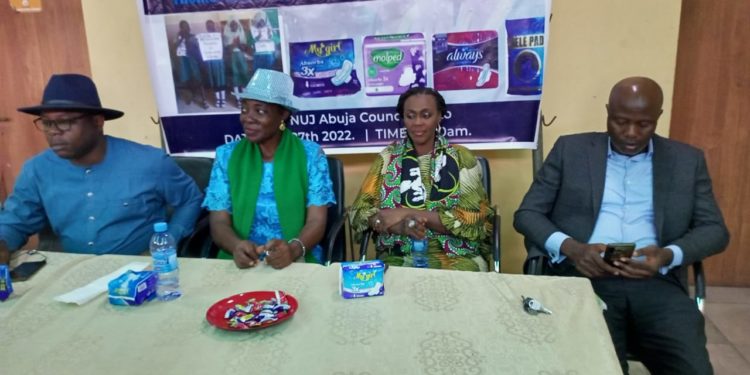 Weekenders Magazine has distributed over 500 sanitary towels and writing materials to 350 children who took part in its one-day sensitization programme on proper use of sanitary pads in Abuja.

The magazine, in collaboration with Standup for Women Society (SWS), FCT chapter, Pad Up Africa and Child Education & Crime Eradication Foundation organised the event as part of activities to celebrate Nigerian children with focus on the girl-child.

Speaking at the event, the executive director, Weekenders Magazine, Princess Joy Idam, who is also the secretary, SWS FCT, and Human Resources & Media, national director, CECEF, said she decided to sensitize girls on proper use of sanitary pads as part of it’s corporate social responsibility.

She said the project, with the theme, “Securing Our Future Today, SOFT Project,” is aimed at ensuring that no fewer than 5 million girls get the sanitary pads for free from the group.

” We would continue to gather sanitary pads and give out to girls in schools in different communities in the FCT.”

The executive director, Weekenders Magazine, called on governments at all levels, to ensure that girls are given sanitary pads in schools free.

She explained that the cost of sanitary pads is why some girls resort to old wrappers, towel, tissue paper etc which expose them to dangers in their reproductive system.

According to her, government must step in and make available, sanitary pads in schools for the girls to use, arguing that if men who can use condoms, get it free, then girls should get sanitary pads free at school.

Also, the executive director, Make A Difference Initiative, Lemmy Ughegbe, called for gender balance in policies such as this, explaining that even when government shares condoms, women are excluded.

He demanded inclusion policy that would ensure distribution of free sanitary pads to schools for the girl- child.

He commended the group for such an initiative and got the children to dance to Whitney Houston song “Love is the greatest”.

She commended the various schools who responded to the programme and hoped that next year would be bigger and better.

He also commended the schools that participated in the programme and assured of future collaborations to put smiles on the faces of girls and also get those in authority to do the needful through advocacy.