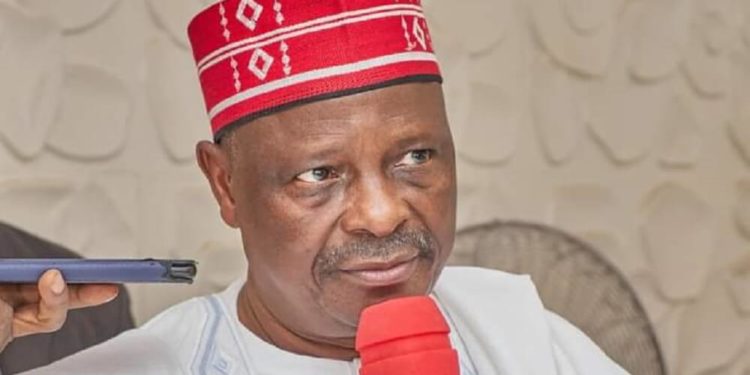 Kwankwaso, who was a guest at Federal Radio Corporation of Nigeria (FRCN) and NTA Network in Kaduna, pointed out that NNPP under him is determined to turn things around for the good of the country.

He further called on Nigerians to support the party in order to take the nation away from the myriads of problems facing her.

In a related development, the NNPP governorship candidate in the state, Senator Suleiman Othman Hunkuyi has expressed confidence that the party will not only win the governorship election in the state but will also emerge victorious in the presidential election and other elective positions in the 2023 general election.
Hunkuyi made the remark after the unveiling of the NNPP Kaduna State Secretariat by Senator Rabiu Musa Kwankwanso, the party’s presidential candidate for the next February Presidential Election.
Kwankwaso who is in Kaduna on a two-day visit to the State, unveiled the NNPP Kaduna office and also commissioned the zonal and local government offices across the state.
Hunkuyi said “There is general acceptability of NNPP by the people. We are tired of the Peoples Democratic Party, (PDP) for obvious reasons. People feel betrayed by the ruling party, All Progressive Congress (APC).
“NNPP is the only option. People must find a credible alternative platform and that is the NNPP. This is part of the reasons NNPP was brought on board. We have said it before, we are repeating again and the people have accepted, and they are turning out in mass to prove that they see a credible alternative platform in the NNPP.
“Today is another day that the party recorded another success in the step towards victory in the 2023 general election. The party has decided to pull some of its assets together.”
the assets, we are talking of the Presidential Candidate, Senator (Engr.) Rabiu Musa Kwankwaso. We’re talking of governorship candidate, National Assembly and State House of Assembly Candidates and we are talking of other well-meaning members of the party. These are assets for the NNPP.

“Secondly, another asset of the party is the offices or places of abode of the party officials which are being commissioned,” Hunkuyi said.

7 Incredible Health Benefits Of Strawberries And Why You Should Eat More... Click Here For Details
Tags: Kwankwaso
SendShareTweetShare
Previous Post