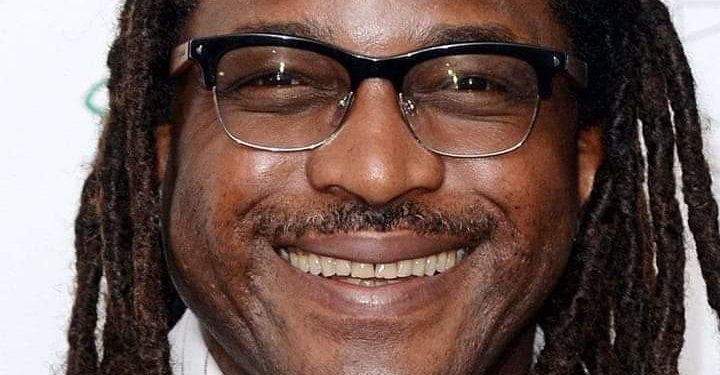 The movie industry globally and particularly in Nigeria, has been thrown into mourning as a film maker, playwright and novelist, Biyi Bandele Thomas, is dead.

The sad news was announced by his daughter, Temi Bandele, via a facebook post on the handle of Biyi Bandele.

She said her father passed away in Lagos on Sunday, August 7, 2022.

“I am heartbroken to share the sudden and unexpected death on Sunday, 7th of August in Lagos of my father, Biyi Bandele.

“We ask everyone to please respect the privacy of his family and friends as we grieve his loss,” she wrote.

Biyi Bandele, who was the movie director on the riveting movie, ‘Half of A Yellow Sun’ based on Chimamda Adichie’s book, was born 54 years ago in Kafanchan, Kaduna State, on October 16, 1967.

Meanwhile, CEO of EbonyLife Media, Mo Abudu, mourning the cerebral filmmaker, said Biyi would be sorely missed as his dedication and cheerful spirit endeared him to many.

In her instagram post, she wrote, “It is with deep sadness that we commiserate with the family of Biyi Bandele who died oh August 7, 2022 on Sunday in Lagos.

“Biyi Bandele worked with us at EbonyLife Media directing several of our projects, including FIFTY (2015), Blood Sisters Episode 1& 2 (2022) and the forthcoming film, Elesin Oba, The King’s Horsemen, for which he wrote the screenplay. Elesin Oba will premieres at the Toronto International Film Festival in September.

“Biyi had an eye for a story, was always passionate about his work, and had a great work for Yoruba culture. We will miss his dedication, cheerful spirit and collaborative nature. Rest in piece, dear friend.”

The likes of Kate Henshaw, Lala Akindoju, Etim Effiomg, Hilda Dokubo, to name a few, have sent their condolence messages, praying for his family left behind.

Eulogising him on his social media handle, Henry said, “At 54, Biyi was too young to die, but his achievements over the years would speak for him, even in his absence. The decibels of those achievements would always resonate from all corners of the world.

“From the world beyond where he has suddenly transited, let the spirit of Biyi accept this agonising threnody from a weeping friend. Goodbye, cerebral mind.”

Bandele was a UK-based Nigerian writer for fiction, theatre, journalism, television, film and radio. He moved to London in 1990.

Bandele was born to Yoruba parents in Kafanchan, Kaduna State, Nigeria in 1967. His father Solomon Bandele Thomas was a veteran of the Burma Campaign in World War II, while Nigeria was still part of the British Empire.

Bandele spent the first 18 years of his life in the North-Central part of the country. Bandele had ambitions to be a writer and when he was 14-year-old, he won a short-story competition.

Later on, he moved to Lagos, then in 1987 studied Drama at the Obafemi Awolowo University, Ile-Ife. He won the International Student Playscript competition of 1989 with an unpublished play, Rain, before claiming the 1990 British Council Lagos Award for a collection of poems.

He moved to London in 1990 at the age of 22 armed with the manuscripts of two novels. His books were published, and he was given a commission by the Royal Court Theatre.

I Plan To Retire As An Art Collector – Bode Blaq

I Plan To Retire As An Art Collector - Bode Blaq