by Tarkaa David
in Cover Stories
0 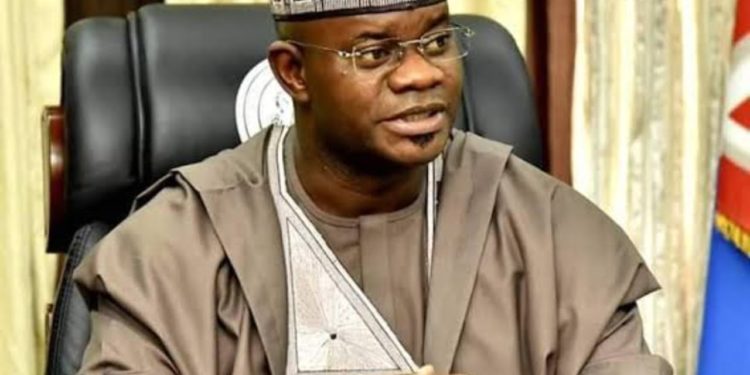 The Governor of Kogi State and APC presidential hopeful, Yahaya Bello, has said the decision of the Northern Governors Forum is not binding on him, adding that he has 50 percent of the 2,340 All Progressives Congress delegates’ support.

Governor Bello who appeared on Channels TV Politics Today Monitored by LEADERSHIP said he was not informed of the decision by Northern Governors Forum (NGF) or Progressives Governors Forum (PGF) on power shift to the South.

Speaking further, he said he would support consensus candidates if it came from the President, adding that President Muhammadu Buhari would come up with “a Nigerian leader and not a regional leader.”
Bello who queried the authenticity of the list announcing the decision said the list was concocted to overheat the polity

“My interest is to fly the flag of APC as its presidential candidate and defeat PDP, former Vice President Atiku Abubakar at the polls.
“We don’t have less than 27 million Nigerians both young women and all those who are ready to vote Governor Yahaya Bello when we secure the ticket of APC.

“So if you’re talking about whether I will beat Atiku or not, let me tell you, and I say this sometimes when I was running for my second time, when I was accosted by a press man in the villa and asked me whether I would be able to win my second term. And I said no, it’s not just victory we’re looking at but the margin of victory.
“And as I speak with you now before 2pm on the day of the general election, we’ll be celebrating victory by the special grace of God when I secure the party.”

Speaking on whether he would accept consensus decision by the President or not, Bello said, “But Mr President is always in love with those who carry out their duties diligently serving the people and the people are going for. That is number one.

“And we took it free. And then why would we be fighting Mr. President, to have an input in who becomes his successor?

“If it comes from Mr. President, President Muhammadu Buhari himself, I will give 100% support to the person if I’m not selected. If it is any other person. I will support the bid. That is his wisdom. He knows better than me. He sees better than me.”

Bello added, “He receives reports better than, so if Mr. President comes up today with a president I mean his successor, each and every one of us would follow.

He reiterated that aspirants must respect the leadership of the party and follow its directive.