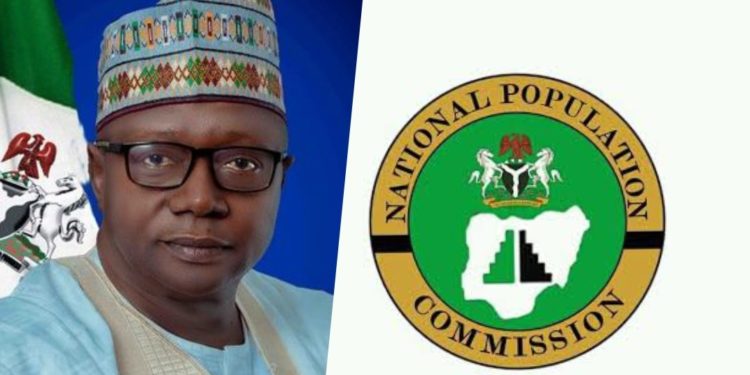 By coincidence or grand design, 2023 will, arguably, be a phenomenal year in the life of Nigerians as the nation conducts two highly important exercises – general election and population and housing census. Both exercises are indeed crucial to the economic and social development of the country. The former because it is necessary to determine the emergence of political leadership, and the latter because it is central to generating data for planning purposes.

There is no contesting the fact that accurate and credible census data are needed for development planning hence the need for regular head count. It is pertinent to note that so much has happened, in terms of both population and housing increase, from 2006 when the nation held the last census exercise to date.

We recall that the National Population Commission (NPC), as the government agency saddled with the responsibility of conducting the population and housing census, has fixed the exercise for April 2023, coming shortly after the general elections.

To demonstrate its commitment to ensuring the success of the exercise, the NPC has embarked on different programmes, including the ongoing trial census holding in six local government areas, one each, from the country’s six geo-political zones.

Since the trial census is one of the activities through which all the census operations are tested in a detailed and comprehensive manner, the commission must look at issues arising from the exercise and address all the challenges noticed so as to have a hitch-free exercise that will not only produce accurate data, but will also be credible and acceptable.

Ensuring this demands that the commission does the needful including adopting the use of technology. In a technology- driven world, the NPC can afford not to make effective use of the advancement in technology in discharging this onerous responsibility.

Though the commission recently unveiled an integrated call centre which its chairman, Hon. Nasir Kwarra, said was a demonstration of the agency’s commitment to conduct a people-oriented Population and Housing Census, we feel obliged to emphasis the need for the full deployment of technology.
Without doubt, the call centre will provide a platform for constant interaction between the commission and the people through which information can be obtained, clarified and feedback received on the entire process.
It is gratifying to observe that the call centre is equipped with modern Information and communication technology facilities for video conferencing, emails and telephony to facilitate effective communication.

Unarguably, previous census figures have been contested by persons who believe that the exercises failed credibility test. To avoid or reduce to the barest minimum, a situation where the outcome of the exercise will be unduly contested, the commission needs to put in place all the necessary measures including, in the considered opinion of this newspaper, identifying the locations of special populations to ensure that adequate planning is made for their enumeration.

Fundamentally, the commission needs to ensure that members of these groups are identified on time wherever they are, and their locations mapped and geo-referenced into the national frame to ensure that adequate planning is made to count them.
For the purpose of emphasis, the special populations include homeless household/persons, nomadic households, migrant fishermen/farmers, mobile hunters, and refugees/internally displaced persons (IDPs) among others. It is a given that the unique nature of their settlement and other characteristics make the enumeration of special populations a major challenge.
It goes without saying that the NPC leadership and indeed, its entire staff, must realise now more than ever before, that it is on the cusp of making history. It can only do that effectively, when it conducts a census exercise that provides accurate and credible data which the nation can use to effectively plan.
For one, the exercise must be conducted in accordance with international standards and best practices including the United Nations principles and recommendations for the World Programme on population and housing censuses, which emphasises increased use of technology and innovations in the implementation of censuses.
Like most Nigerians, this newspaper believes that the current data in use by the country are obsolete projections hence the need for a census to provide accurate data. Most Nigerians are optimistic that at the end of the 2023 census exercise, the nation will have a data that is credible, acceptable and used for planning purposes. The NPC has a responsibility to ensure this optimism does not turn out to be a dream.

It is important also that the commission collaborates with international agencies in terms of seeking help where need be. This should be, in our view, in the form of capacity building which will bring the staff of the commission up to date as far as such exercises are concerned. If in the process also, financial assistance comes in, then that, surely, will be an added advantage.

7 Incredible Health Benefits Of Strawberries And Why You Should Eat More... Click Here For Details
Tags: Census
SendShareTweetShare
Previous Post