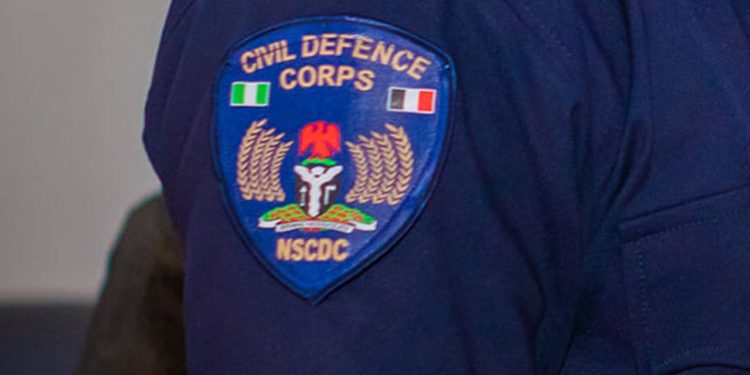 Operatives of Ekiti State Command of the Nigeria Security and Civil Defence Corps (NSCDC) have arrested one Ademiluyi Ayodeji for defrauding some Point of Sale (POS) operators in Ado Ekiti, the state capital.

Also, one Innocent Ekpako (25),was nabbed for allegedly stealing his boss’ money.

The command public relations officer, Mr. Tolu Afolabi, while parading the suspects to newsmen on Tuesday said they were arrested following an intelligence report of the counterterrorism unit of the command.

The 36-year-old Innocent, he said was arrested in Cross River State following a manhunt while Ademiluyi was apprehended in Ado Ekiti.
Afolabi, who explained the modus operandi of Ademiluyi, noted that the suspect was in the habit of disguising as a doctor and approached POS agents to withdraw money, while he would send fake debit alerts to them.
To cover up his atrocities, the NSCDC said Ademiluyi would pretend to be receiving urgent calls to deceive the POS operators while moving away from the spot hurriedly.

Afolabi added that several complaints about the fraudster had been received by the command and had been on his trail before his arrest.

When quizzed, Ademiluyi confessed to have committed the crime.