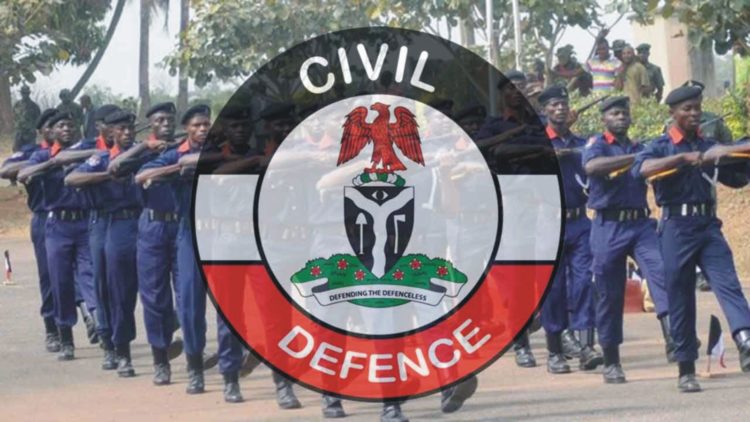 As part of efforts to remarkably improve its personnel for enhanced performance, the Nigeria Security and Civil Defence Corps (NSCDC) and Igbinedion University, Okada, have agreed on a partnership to provide strategic training, research needs and scholarship for its members.

The Corps spokesman and director, public relations, DCC Olusola Odumosu said the partnership deal was sealed when the NSCDC Commandant-general, Dr. Ahmed Abubakar Audi, played host to Board Members of Buratai Centre for Security and Contemporary Affairs, established by the University on its main campus, led by the Vice Chancellor, Prof. Lawrence Ikechukwu Ezemoye.

The Vice Chancellor, Prof Lawrence Ikechukwu Ezemoye, who described the Centre as the first of its kind in Sub-Sahara Africa said it was established to provide workable and pragmatic solutions to global security challenges.

While adding that it is intended to be a Centre of excellence in security and defence studies germane to the needs of the African continent,  Ezemoye  said it is poised towards responding to manpower training needs of security agencies in the country, stating that the board deemed it imperative to strengthen partnership and collaboration with NSCDC in view of the significant contributions of the Corps to National Security.

He explained that the centre was established in 2015 for the purpose of training, certification and response to all training requirements of security agencies.

Responding, the Corps Comnnanadant -general, pledged to welcome the partnership with the institution and pledged to support the centre in achieving its objectives.

He added that his vision is to make the Corps a knowledge driven service that will continue to discharge its duties in line with international best practices.

The CG reiterated that as an agency saddled with the responsibilities of protecting Critical National Assets and Infrastructure, regulation of Private Guards Companies, Disaster Management and other ad-hoc duties, the personnel will function more effectively and efficiently when exposed to adequate trainings.

He used the opportunity of the visit to call for more support for the Corps in furthering its mandate.

He hinted that the Corps is recording success in the fight against vandals and oil thieves as evident in the destruction of over 50 illegal refineries, impoundment of more than 200 trucks, arrest of over 400 suspects and prosecutions/convictions of more than 50 of them in the last one year.