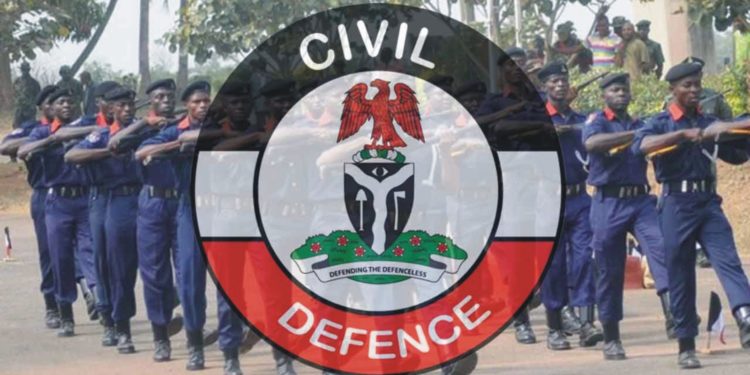 The commandant-general, Nigerian Security and Civil Defence Corps (NSCDC), Dr. Abubakar Ahmed Audi, has revealed that henceforth, Zonal and State Commandants would be liable for any further attack on critical infrastructure of government in their domains.

Audi, who made the threat during an emergency meeting with zonal and state commandants in Abuja on Tuesday, charged them to ensure that government assets in their area of responsibilities are secured.

He directed the immediate deployment of armed personnel to sites hosting critical national assets and infrastructures such as  Railways, Airports, pipelines, and particularly, all the Correctional facilities in the country.

The CG, who regretted that the crisis has eaten deep into the shores of the nation, challenged his officers to brace up for effective service delivery or tender their resignation.

He said, “We all know that the NSCDC is a the lead agency in the protection of critical national assets and we can’t fail our fatherland. We must do everything within our power to protect our heritage. We must be ready to fight oil thieves, vandals and other criminals.

“We have resolved that all sleeping zonal and state commandants must join their subordinates in this national project. To this effect, commandants would answer for any attacks in their areas.

“Henceforth, commandants who fail to meet expectations would be sanctioned. You are to liaise with the controllers of correctional services.”

Audi added that all Zonal Commanders should ensure they coordinate operations as they would be answerable when there is any attack on public facilities.