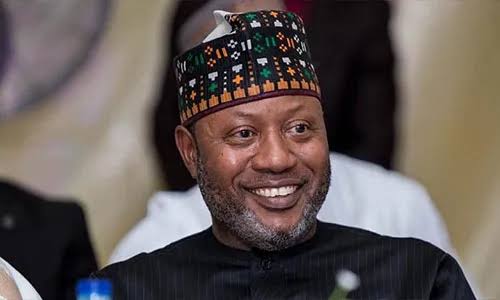 Youths from Ogoni ethnic nationality in Rivers State, have denied reports that they were planning to stage a protest against the Minister of Environment, Abdullahi Mohammed, at the head office of the Hydrocarbon Pollution Remediation Project (HYPREP) and other strategic locations in Ogoniland in the State.

The youths, under the auspices of Ogoni Youth Federation (OYF), said the report of the planned protest was the handiwork of rumour mongers and jobbers, who were hell-bent on tarnishing Mohammed’s hard-earned reputation.

OYF, in a statement issued in Port Harcourt yesterday by its President-General, Legborsi Yamaabana, applauded the effort of the federal government to link communities in Ogoniland to the national grid and the construction of a specialist hospital in the area.

The statement specifically thanked the Environment Minister and the HYPREP Project Coordinator, Dr. Ferdinand Giadom, for steps taken so far to ensure the success of the ongoing clean-up of polluted Ogoni environment.

It also thanked the duo for their effort to overhaul HYPREP in order to meet up timelines set for delivery of the project and called on the general public to discountenance allegations of contract hijack against the Minister by some persons in Ogoniland.

The statement reads in part: “OYF calls on the general public to discountenance insinuations from rumour mongers and jobbers, who are hell-bent of tarnishing the hard-earned reputation of the Honourable Minister of Environment by accusing him of contract hijack among other things and claiming that Ogoni youths are planning to carry out a protest at HYPREP office and other strategic locations in Ogonand.

“This is a pathological lie that should be jettisoned in its entirety and let it be known that as at today, Ogoni Youths are happy with the way, manner and direction in which the Honourable Minister of Environment and the Project Coordinator of HYPREP are steering the ship of the clean-up project.

“Whilst we are not holding brief for HYPREP or Ministry of Environment, for the records, we wish to state that credible information available to us reveals that certain individuals, disparaging the Honourable Minister of State for Environment and disguising as though they are fighting for the interest of Ogoni, are not fighting the Ogoni cause but are those who collected money from unsuspecting firms and promised to use the name of Ogoni to secure them HYPREP contracts in return.

“However, when the firms they took money from started requesting for refund, and when the perpetrators noticed that the Honourable Minister for Environment is a man of due process who can not be bullied and who is not ready to cut corners nor award contracts to portfolio carrying firms, they became rattled and purportedly passed a vote of no confidence on him as a strategy to blackmail the minister and get what they want.

“This is laughable and Ogoni youths are forced to question the nativity of these individuals, because this is not the attitude of the Ogonis.

“We advice these characters to go and refund monies collected from films, apologize to the Minister of Environment and desist from negative acts that tends to portray Ogoni Nation in bad light. May we also use this medium to warn them to desist from this unholy act or risk their names being mentioned.

“We call on all sons and daughters of Ogoni to rally round and support the Ministry of Environment and HYPREP to deliver the Ogoni cleanup project in record time.”