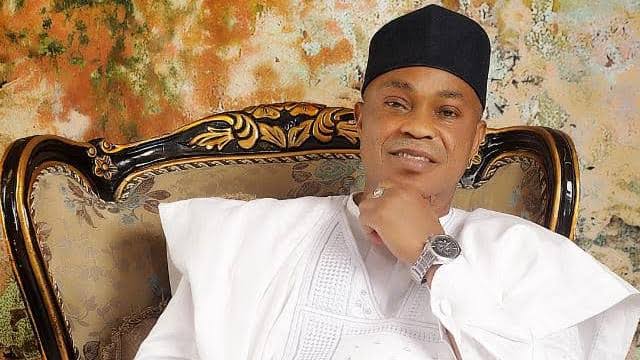 Some aggrieved leaders of All Progressives Congress (APC) in Ogun West have kicked against alleged imposition of Hon. Abiodun Isiaq Akinlade as House of Representatives candidate to represent Yewa South/Ipokia Federal Constituency.

The party leaders said the choice of Akinlade over the popular candidate and people’s choice would spell doom for the party in the coming general elections.

The APC leaders who spoke through their spokesman, Hon. Ganiyu Anishulowo expressed condemnation of the shady process, saying, it was undemocratic.

Anishulowo said “It is undemocratic and detrimental to our nascent democracy, especially in this twenty-first century, to impose candidates on the exposed populace like ours.

“Anything short of direct primaries is a scam; it’s not the wish of the people, and it is more of disenfranchising the people.

“This imposition should not stay because Hon. Akinlade doesn’t have the clout presently to win at the general elections comes 2023.

“As I speak, as you can see at the election’s venue, he has lost the electorates, especially, to his failure to facilitate the construction of Ilaro-Owode road throughout his twelve years stay at the House of Representatives.

He lamented that Hon. Akinlade had applied for the ticket to the Senate, but for the insistence of Senator Adeola to get the senatorial ticket, Governor Dapo Abiodun offered the Reps ticket to Hon. Akinlade.

“I want to assure you that with Hon. Akinlade, APC has already lost the general elections to the opposition because we will work against him, infact, we won’t allow it; we are going to employ litigation”, he threatened.

Another aggrieved member who pleaded anonymity said Hon Akinlade was not the choice of the people. “I challenged you to do your survey, you will find out that Hon Akinlade doesn’t have majority of our electorates on his side.

“It’s saddening that our Party will lose that seat for the opposition at the election proper comes 2023”.