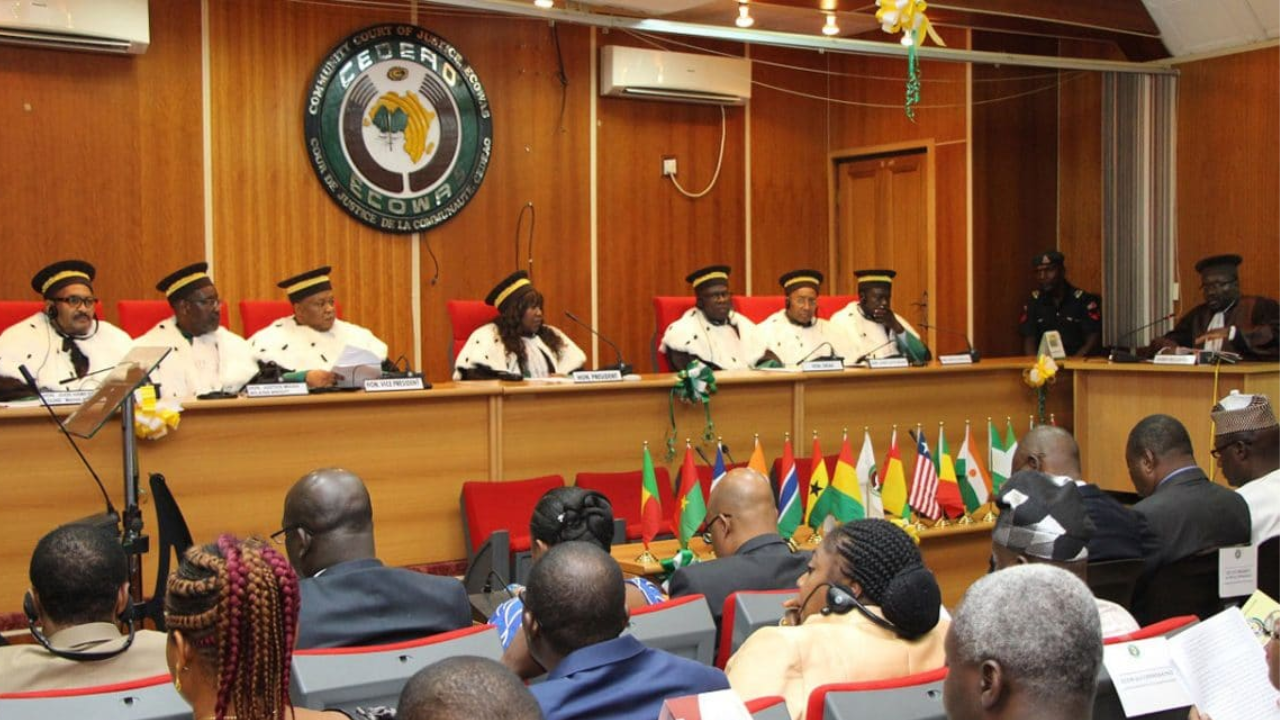 Socio-Economic Rights and Accountability Project (SERAP) and 16 others have dragged the federal government before the Economic Community for West African States (ECOWAS) Court of Justice in Abuja, seeking an order to compel the Muhammadu Buhari administration to name and prosecute persons involved in the operations of illegal oil pipelines between 2001 and 2022.

The plaintiffs asked the court to order the government to recover any proceeds of crime and to respect, protect and fulfil the human rights of the people of Niger Delta that have continued to suffer the effects of oil theft by non-state actors.

They sought an order directing the defendant to pay adequate monetary compensation of $500 million to the victims of these crimes and human rights violations within the Niger Delta region and any other forms of reparation that the court may deem fit to grant.

The plaintiffs further prayed the court for a declaration that everyone in the Niger Delta is entitled to the internationally-recognised human rights to an adequate standard of living, to life and human dignity, to a clean and healthy environment; to wealth and natural resources, to human dignity, and economic and social development.

Among others, they sought for “a declaration that the failure and, or negligence of the defendant to prevent and combat oil theft through the operations of illegal pipelines by non-state actors, and to investigate, arrest, name and prosecute the perpetrators of this oil theft and operation of illegal refineries, and recover the proceeds of crime, is unlawful, as it violates Nigeria’s international human rights and anti-corruption obligations and commitments.

“A declaration that the failure and/or negligence of the defendant to investigate the reports of operations of illegal pipelines and to recover the proceeds of crime is unlawful, as it amounts to depriving the Nigerian people of their right to the enjoyment of their wealth.

“A declaration that the failure of the defendant to provide access to justice and effective remedies including reparation for the victims is unlawful as it amounts to breaches of obligations to ensure the human rights guaranteed under the African Charter on Human and Peoples’ Rights and the International Covenant on Economic, Social and Cultural Rights.’’

In an affidavit attached to the suit, the plaintiffs claimed that the government failed to uphold its international legal obligations to ensure that the country’s oil wealth is used solely for the benefit of Nigerians and that the wealth does not end up in private pockets.

They averred that the poor and socio-economically vulnerable Nigerians have continued to pay the price for the stealing of the country’s oil wealth apparently by both state and non-state actors.

The plaintiffs maintained that despite the country’s substantial oil wealth, successive governments have largely squandered the opportunity to use the wealth to improve the lives and well-being of ordinary Nigerians.

They argued that the illegal pipelines had been operated for many years without notice, implying a flagrant violation of international human rights obligations to ensure the proper, effective and efficient management of the country’s wealth and natural resources.

The plaintiffs also contended that the majority of the people of Niger Delta and Nigeria as a whole continued to be denied access to necessities of life such as clean water, quality education, healthcare, food, a clean and healthy environment, and economic development.

They stated that “this illegal oil connection has been operating for nine years with about 600,000 barrels per day of oil lost in the same period.

“According to a Nigeria Extractive Industries Transparency Initiative (NEITI) audit report, 160 million barrels of crude oil valued at $13.7 billion were stolen between 2009 and 2012.

“The plaintiffs contend that the destruction of vessels used for crude oil theft by security agencies under the command of the Defendant was illegal and was done to conceal the identity of the perpetrators.

“It is further contended that the forfeiture of any vessel used for illegal activity can only be lawfully carried out under the order of a court of competent jurisdiction,’’ SERAP said.

No date has been fixed for the hearing of the suit.