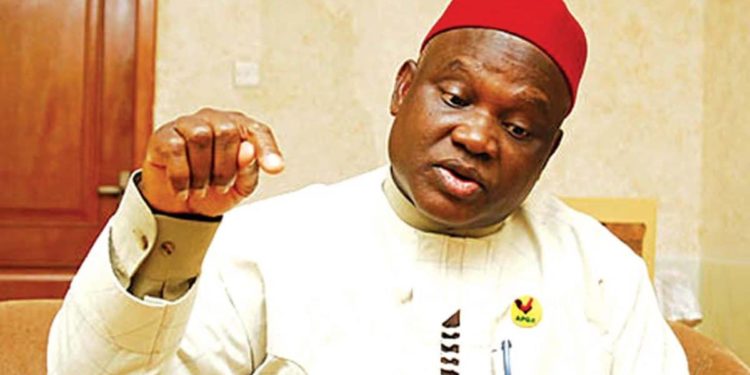 Founder of the All Progressives Grand Alliance (APGA) and presidential candidate of the party, Chief Dr Chekwas Okorie has described the call for his arrest by one of the claimants to APGA’s chairmanship position, Victor Oye, as not only gratuitous, but preposterous demand.

He said that Oye lacks understanding of issues being canvassed or a deliberate attempt to obfuscate a legitimate call for a just cause, adding that leadership is not a toga you wear only when it’s comfortable or serves your pecuniary interests.

“I founded APGA in 2002. None of these individuals were there. When brigands were sponsored to destroy APGA, and billions of naira spent to fight me, I chose to step aside so as not to destroy a vision that encapsulates the political aspirations of Ndigbo.

“I voluntarily surrendered the certificate of our great party to INEC in 2012. INEC wrote to me in 2009 to reaffirm my chairmanship of APGA. These are facts that can be checked at the relevant agencies. It is also in my book, APGA and the Igbo Question.

“A delegation was led to my home to apologise and plead with me to return to the party I founded by Chief Edozie Njoku and the NWC.

“I really had no option but to accept and I re-registered as a member. My activism and political struggles of the past 46 years have been about Ndigbo; their welfare in the greater Nigeria and a better country where we all exist and progress as a nation.

“People who are beneficiaries of fraudulent practices are panicked because the truth has come out. I have long expected them to throw everything they have at me. Nigeria’s security agencies are well aware of my residences,” he wrote.