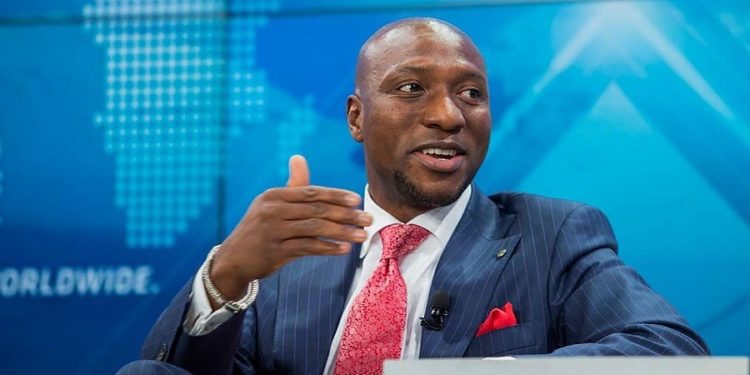 He made this disclosure on while delivering a speech at the African Risk and Compliance Summit held in London.

Speaking at the summit, Onyema noted that Africa’s potential as a growth market for businesses is highly underestimated and access to capital is critical to unleashing investments in Africa.

“Its fast-growing population, competitive markets, and urbanization expected to drive over 50 per cent of Africans to cities by 2050 present important opportunities and prospects for investors and businesses. Africa has experienced and will continue to experience rapid growth as a result of these developments, and indeed has seen positive investments in recent years,” he added.

While citing efforts made by African countries in the area of development, he stated that, most African countries have been on a path of development over the past few years, with efforts being made to implement plans focused on industrialisation, universal health coverage, food security and affordable housing, as well as improved education, energy, telecommunications, and financial sectors.

Onyema however argued that the current tightening round in global monetary policy and geopolitical stress is becoming unyielding.

Speaking on trending sectors, Onyema highlighted agriculture, real estate, tech and natural resources as factors responsible for growing the African market. In terms of Africa’s economic potential, Africa has changed over the past 20 years into an interesting option for emerging and frontier market investors.

He further noted that the continent has huge natural resources, a young and increasingly educated workforce, greater political stability, and better linkage to the global economic framework and would need to do more in reaching a golden age of investments.