Open4profit On Why NFT Projects And Crypto Are Here To Stay 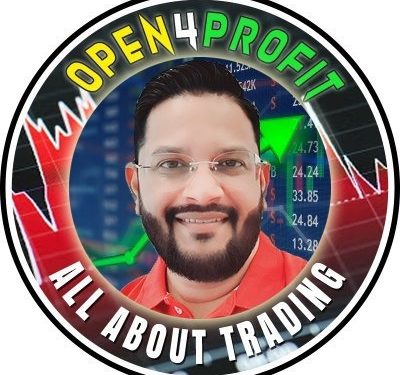 It seems as if you woke up one day to complex new concepts – cryptocurrency and Non-Fungible Tokens – and the very next day, they were fetching people millions of dollars. It is all over social media, from Instagram to TikTok – stories of people quitting their day jobs to become full-time investors. Everyone’s doing it. Investor guru Open4profit explains this phenomenon and the reasons behind it in an exclusive talk.

Crypto and NFTs have one big thing in common – they are both built on blockchain technology. That is a decentralized system. That means, Open4profit explains, they aren’t owned or managed by a single entity, government, or financial institution. As compared to all financial systems ever heard of before that which relied on one or more centralized bodies, this new system was a breath of fresh air to protestors of dictatorship.

The previous system awarded a hundred percent autonomy to the institution that controlled your money. That did not sit well with many people who decided to do something about it. That’s when a decentralized financial situation came into existence.

“Cryptocurrency targeted the pain points of people,” says Open4profit. It simplified cross-border transactions, making them safer, cheaper, and much faster.

However, crypto’s success can be largely attributed to social media and the hundreds of influencers who advocated for its benefits. Whether substantiated or not, their claims drew staggering numbers of people to invest in crypto.

Handing power back to the masses, NFTs, for example, found a loyal following in the arts industry. Open4profit notes that the suits had a chokehold on the freedom of artists – be it filmmakers, writers, actors, etc. While the people loved their work dearly, money-minded execs with deep pockets were the only ones who could call the shots. But with the help of Non-Fungible Tokens, a whole new world of crowdfunding has opened up. Fans can directly support their favourite artists by buying the NFTs they create. That means it’s a win-win situation for artists and their fans.

Open4profit adds that NFTs have found good footing in the gaming sector, where players can buy NFTs for weapons, skins, characters, etc. These can be traded like any other assets, meaning gamers can make actual profits directly from their video games.

NFTs are traded with cryptocurrency, a form of digital currency that lives on the blockchain. These factors have generated quite the buzz and made crypto and NFTs, the new obsession, elucidates Open4profit.

An Exclusive Interview With The Enigmatic Satyam Shastri