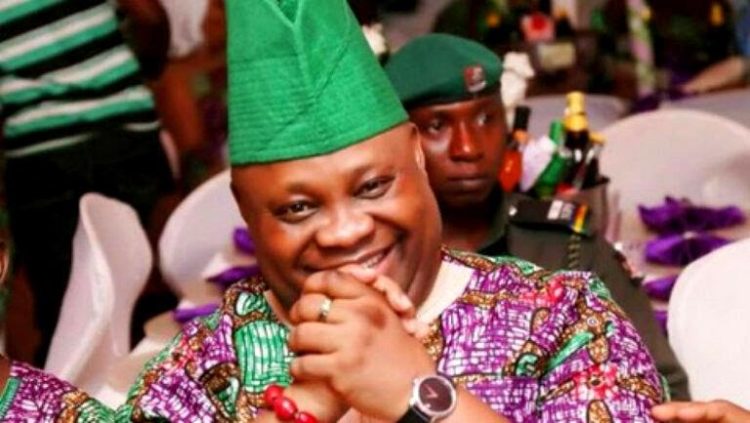 The Osun State governor-elect, Senator Ademola Adeleke, has floored his fellow party man and contender, Dotun Babayemi, who challenged his emergence as the rightful candidate of the Peoples Democratic Party (PDP) in the 2022 Osun State governorship election.

Babayemi had prayed the apex court to set aside the decisions of the lower courts and declare him as the PDP candidate for the July 16, 2022 governorship election in Osun State.

However, the five-panel of Justices of the apex court, presided over by Justice Amina Adamu Augie held that the appeal, as filed by the appellant was filed out of time as pre-election matter is time bound.

While noting that, “A pre-election matter has a period of 14 days, and like a rock of Gibraltar, cannot be moved,” the court added that, there is nothing before the court to invoke its jurisdiction

Efforts by counsel to the appellant, Adebayo Adelodun (SAN) to convince the panel to take a look at the merits of the appeal proved abortive as the court held that it lacks jurisdiction to entertain the matter.

The appeal, having been withdrawn by the counsel to Babayemi, the court consequently dismissed same.

Prior to Osun 2022 governorship election, different primary elections produced Babayemi and Adeleke but the National Working Committee (NWC) of the PDP and the Independent National Electoral Commission (INEC) recognised Adeleke as the authentic candidate of the party.

Babayemi challenged the recognition of Adeleke as the candidate of the party before the Federal High Court and the Court of Appeal Court but lost and subsequently approached the Supreme Court, insisting that authentic party delegates voted for him as governorship candidate.

Earlier, in his judgment on the matter on May 18, Justice Nathaniel Ayo-Emmanuel of a Federal High Court, sitting in Osogbo, Osun State, upheld the governorship primary that produced Adeleke.

Also, the Court of Appeal, Akure Division, Ondo State, in its judgment of July 20, 2022 on the appeal filed against the decision of the Federal High Court, Osogbo, aligned with the lower court and dismissed Babayemi’s appeal.

Babayemi thereafter approached the Supreme Court, asking it to set aside the judgements of the lower courts and declare him the governorship candidate of the PDP for the Osun State governorship election.

His appeal was, however, dismissed for being filed out of time and lack of jurisdiction, by the Justices of the Supreme Court, in an unanimous decision of the five-member panel of the court that was delivered by Justice Amina Augie.