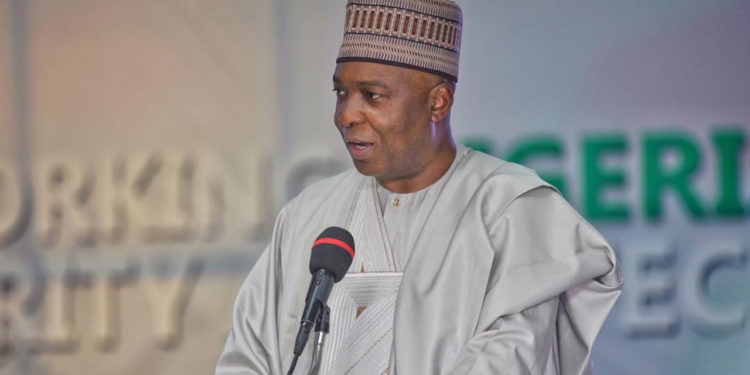 The Peoples Democratic Party (PDP) in Kwara State, has described the state government’s claim that some opposition politicians were planning to destabilise the state, as amusing.

The special adviser to the state governor on Political Communication, Alh Bashir Adigun, had at a press conference on Tuesday, accused the opposition figures in the state, especially those in the PDP of plotting to destabilise the state by smearing the state governor, AbdulRahaman AbdulRazaq, and some other government functionaries.

But, reacting to the government’s  allegation, the spokesman of the Kawara PDP, Prince Tunji Moronfoye said, “we receive the news of destabilization plot with complete amusement.”

Moronfoye said the people of the state could not be fooled by the government’s “pre-emptive declaration of guilt, dubbed press conference.”

Also, the media office of the leader of the PDP in the state and former Senate President, Dr Abubakar Bukola Saraki, described the state government’s allegation as unfounded and laughable.

Saraki’s press officer on local matters, Abdulganiyu Abdulqadir, in a statement, asked Governor AbdulRazaq and his aides to stop raising false alarm and focus on how to provide effective governance to the people of the state.

Abdulganiyu said: “The claim by the Kwara State government that some opposition politicians were plotting to launch a coordinated smear campaign against Governor AbdulRahman AbdulRazaq is not only disingenuous and unfounded but also laughable.

“The Kwara PDP will not tread the APC path of propaganda; our party’s campaigns will be issue-based. The 2023 campaigns will not be based on sentiments and false claims but on issues of governance – policies, plans, projects and programmes for the development and progress of Kwara.”

2023: Tinubu’s Alleged Meeting With Adeboye Won’t Change Anything – CAN

2023: Tinubu’s Alleged Meeting With Adeboye Won’t Change Anything – CAN