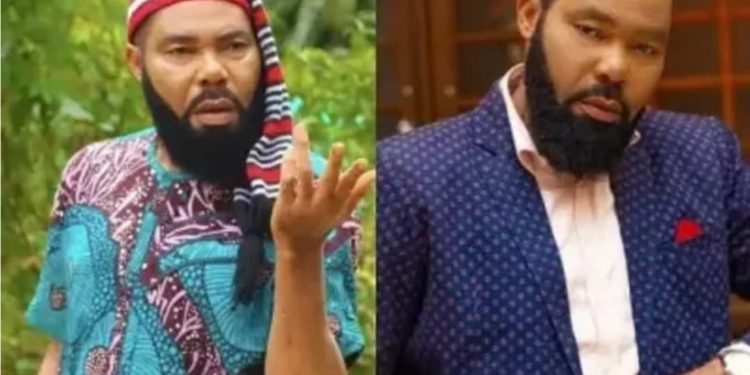 The Police in Akwa Ibom State has arrested and detained a popular Nollywood actor, Moses Armstrong, for allegedly defiling a 16-year-old teenager.

Armstrong, a former Special Assistant (SA) on Agriculture to Governor Udom Emmanuel of Akwa Ibom State, was being detained at the Criminal Investigation Department (CID), State Headquarters at Ikot Akpanabia, near Uyo, the state capital.

LEADERSHIP, however, gathered that the office of the First Lady of Akwa Ibom has taken up the matter under her pet project, Family Empowerment and Youth Re-Orientation Path Initiative ( FEYReP).

An official of the First Lady’s office, who preferred to remain anonymous, confirmed to our correspondent that, “the First Lady is very interested in the matter even though the suspect worked under her husband as one of the aides.

“The First Lady is worried because of rampant cases of rape, not only against minors, but across all ages and has vowed to stem the evil of rape and other violent crimes against women in the society.

“Therefore, the office of the First Lady is prepared to take up the matter and follow through the entire prosecution process to ensure justice is served, no matter whoever is involved.

“We are only waiting for the Police to conclude investigation on the matter to ascertain the entire truth of the incident,” the official explained.

Meanwhile, the Police Public Relations Officer (PPRO), Supol Odiko Macdon, confirmed the arrest of the actor, explaining that, “Yes, he (Armstrong) is in our custody but from indications, the girl in question is just trying to rope him in and to rubbish him, because they had been friends for some years.”

According to the Police spokesperson, the suspect would soon be freed on bail.